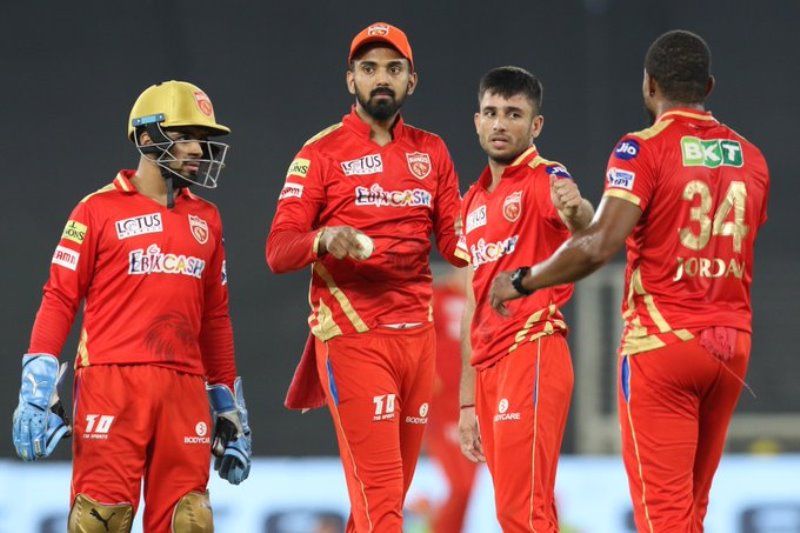 Rahul’s biggest partnership of the innings was with Chris Gayle (46 off 24) as the pair added 80 off 45 deliveries. However, Punjab's middle order collapsed as Harpreet Brar was the only other batsman to manage a double-digit score.
The duo of Rahul and Brar added 61 runs for the unbeaten eighth wicket to take Punjab to a competitive total.

During the chase, Punjab Kings were off to a great start as Riley Meredith cleaned up Devdutt Padikkal.

The win propelled Punjab to fifth place behind Mumbai Indians in the points table, while RCB (10) remained at number three.