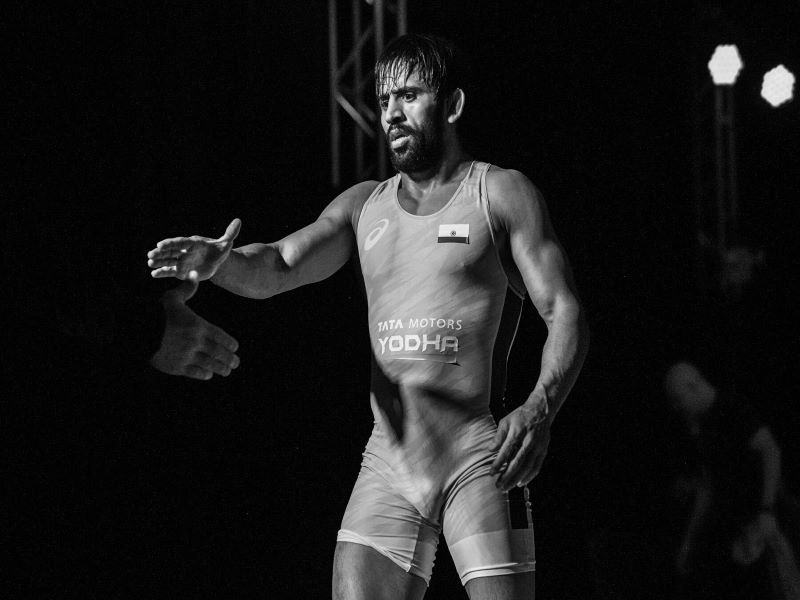 Almaty/IBNS: Ace wrestler and one of India's leading hopes for gold in the Tokyo Olympics, Bajrang Punia, had to settle for a silver medal on Saturday in the 65 kg category of Asian Wrestling Championships in Almaty, Kazakhstan after he decided to pull out of the finals due to an injury.

Wrestling fans had been waiting with bated breath for the contest to see what improvements Bajrang made in his game against the Japanese ahead of the Olympics.

According to reports, Bajrang had struggled with his leg defence which allowed Otoguro to get the better of him in the previous occasions.

In Almaty, both Bajrang and Otoguro made to the finals but the match turned out to be anticlimactic as the Indian had to pull out due to an injury.

Media reports said Bajrang revealed later that he injured his right elbow during the quarterfinals against Korean Yongseok Jeong and did not want to aggravate the injury further.

However, Indian spirits continued to run high as Ravi Dahiya retained his 57 kg crown as he crushed Iran's Alireza Sarlak 9-4.

Ravi participated in a competitive event after a gap of over a year.

Both Bajrang and Ravi had secured their berths at Tokyo Olympics at the 2019 World Championships.