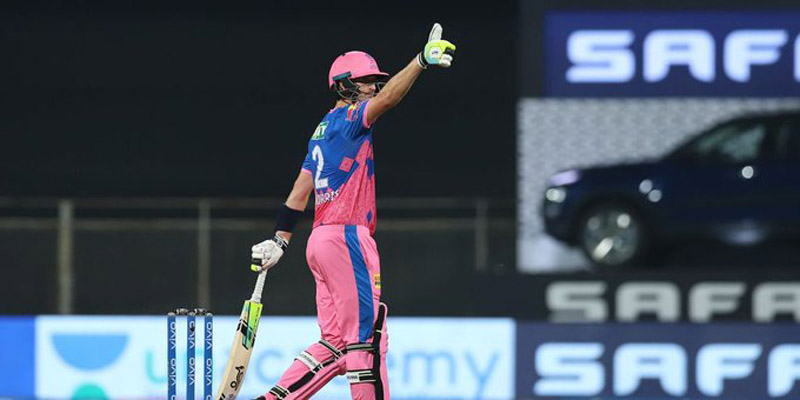 Mumbai/UNI: Fantastic knocks by David Miller (62 off 43) and Chris Morris (36* off 18) led Rajasthan Royals to a dramatic three-wicket win over Delhi Capitals in the seventh match of the IPL 2021 at Wankhede Stadium, here on Thursday.

Rajasthan Royals restricted the Delhi Capitals to 147 for 8 in 20 overs after opting to field first. Skipper Rishabh Pant top scored for DC with a 32-ball 52.

Chasing a modest total, RR were off to a bad start as Chris Woakes removed openers Manan Vohra (9) and Jos Buttler (1) in the third over.

Kagiso Rabada dismissed the dangerous Royals captain Sanju Samson in the next over, leaving RR in the deep trouble. Soon after, Shivam Dube (2) and Riyan Parag (2) also got out as Royals were reeling at 52 for 5 at the halfway mark.

However, Miller and Rahul Tewatia (19) kept the Royals in the hunt with a 48-run stand for the sixth wicket before Rabada came back to give the much-needed breakthrough for the Capitals.

In the end, Morris smashed 4 sixes in the last 2 overs to help get Rajasthan their first victory of the season.

Earlier, DC made a horrible start as they lost openers Shaw (2) and Dhawan (9) cheaply inside the four overs for just 16 runs. Unadkat dismissed both Shaw and Dhawan.

Ajinkya Rahane (8), who came to bat next, also couldn't do much and got out on a slow ball bowled by Unadkat. DC were 36 for 3 at the end of power-play but the slump continued as Marcus Stonis (0), foxed by a Mustafizur Rahman (2/29) delivery.

After Stoinis' wicket, Pant stitched a 51-run partnership with debutant Lalit Yadav. Pant reached to his fifty off 30 balls in the 12th over, with a four off Mustafizur but he was run out the next over, thanks to direct hit from Riyan Parag.

After Pant's exit, Tom Curran (21 off 16) and Chris Woakes (15 off 11) tried to get big runs in the death overs and gave some respectability to the DC innings.

For RR, Jaydev Unadkat returned with the bowling figures of 3/15, Mustafizur Rahman picked up 2 wickets while Chris Morris got one.