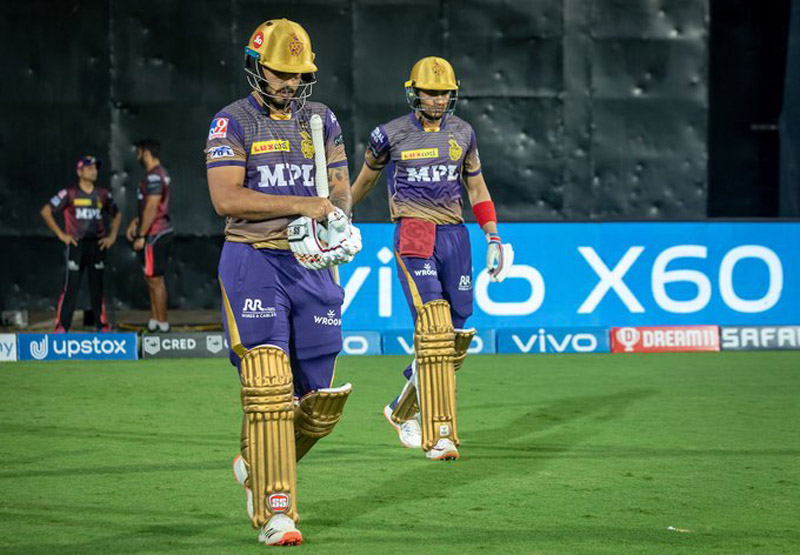 Khan tweeted: "Disappointing performance. to say the least @KKRiders apologies to all the fans!"

Disappointing performance. to say the least @KKRiders apologies to all the fans!

A disciplined bowling performanceby defending champions Mumbai Indians helped them taste their first win as they defeated Kolkata Knight Riders by 10 runs in a tense finish at the Chepaul staidum here tonight.

Chasing Mumbai Indians's 152 all out, which was possib;edue to Suryakumar Yadav's punishing half centyr, the KKR kept themselves in the hint, before losing wickets in a heap

to fall short by 10 runs, with spinner Rahul Chahar picking up four wickets to slice out the top and the middle order.

Thus, KKR's jinx with MI continued as they lost their tenth match today in their last 11 appearances, with only two batsmen crossing the double figure mark andextras being the third highest.

This is MI's first win in two matches in this edition. KKR off to a bright sart, with Shubman Gill and south paw Nitish Rana launching an early assault adding 72 runs in 8.5 overs for the first wicket.

Gill scored 33 in 24 balls with five fours and a six, before Gill and Rahul Tripathi fell. Rahul edged spinner Rahul Chahar as KKR were reduced to 82 for two, after being on an even keel at 81 for one at the half way stage.

Rana, continued at the other end picking up the bowlers and reached his half century, pulling and driving with aplomb, to keep KKR in the hunt, when skipper Eoin Morgan joined him after the exit of Tripathi.

However, Morgan did not last long holding out to the deep midwicket off Chahar as MI came back into the contest, raising hopes of its first win of this edition, though the target seemed achievable.

The exit of Rana (57, 47 balls, 6x4, 2x6), stumped of Chahar, who picked up his fourth wicket, followed the exit of Shakib Al Hsasan, who was also caught in the deep of Krunal Pandya. 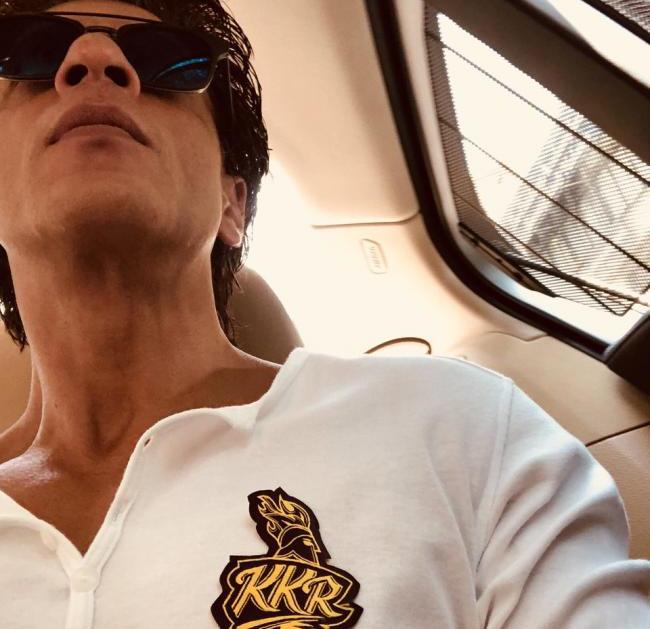 Dinesh Karthick and Andre Russell, who was dropped early took upon the mantle, as the chase boiled down to 15 off the last over. Speedster Trent Boult removed Russell off his own bowling and then cleaned up Pat Cummins off the next ball as the chase became more tense, as the Kiwi was on a hat trick.

The atask proved herculean as Mumbai romped home by 10 runs, with the last over yielding a mere two runs.

Earlier, Suryakumar yadav's half century and a polished 43 by skipper Rohit Sharma raised hopes of a bilg total, before a middle order collapse restricted them to 152 all out.

(Image of Shah Rukh Khan from his Twitter page)