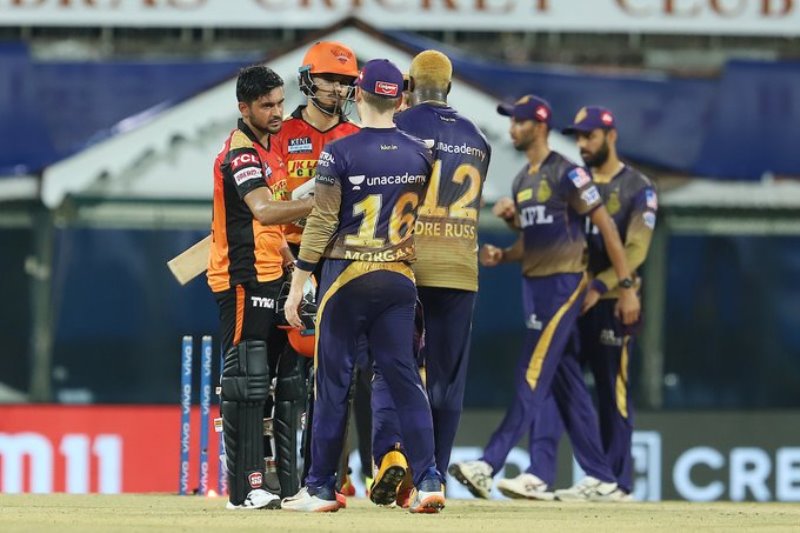 Chennai: Kolkata Knight Riders put up an all-round show as they defeated Sunrisers Hyderabad by 10 runs in an Indian Premier League contest here on Sunday.

KKR bowlers bowled with a purpose right from the first ball to give their opponents a strong challenge in the contest.

Manish Pandey  (61*) and Jonny Bairstow (55) gave KKR a tough moment and later Mohammad Nabi (14), Vijay Shankar (11) Abdul Samad  (19*) contributed with their willows but could not reach the winning score.

Riding on Nitish Rana's 80, KKR had earlier posted 187 runs on the scorecard.

He hammered nine boundaries and four sixes in the innings.