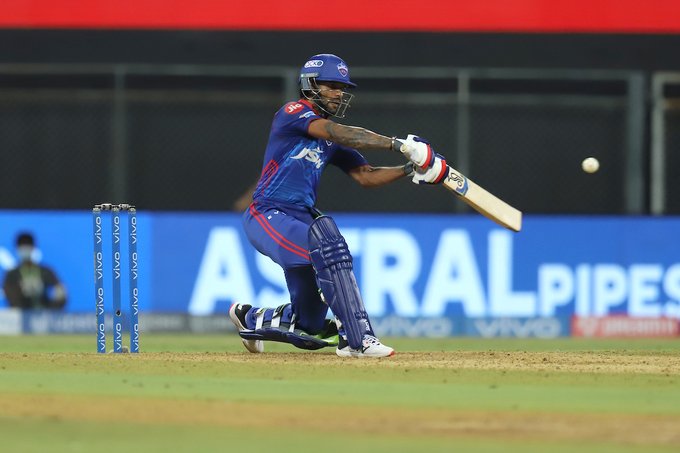 Chennai posted a competitive 188 runs for the loss of seven wickets.

However, the runs seemed to remain inadequate in front of the chivalrous batting performance by Delhi batsmen as skipper Rishabh Pant (15*) also contributed crucial runs at the end to ensure victory for his side.

CSK fielders missed several catches which made things tough for the side.

Earlier, a fantastic fifty by Suresh Raina (54 off 36) and late blitz by Sam Curran (34 off 15) propelled Chennai Super Kings to a huge total of 188/7 against Delhi Capitals in the 2nd match of the IPL 2021 at the Wankhede Stadium, here on Saturday.

Put in to bat first, CSK were off to a horrible start as they lost openers Ruturaj Gaikwad and Faf du Plessis cheaply.

Pacer Avesh Khan drew first blood for Delhi Capitals trapping du Plessis plumb in front of the stumps for 0 while Chris Woakes got rid of Gaikwad for 5 (8 balls).

However, the comeback man Suresh Raina, who had missed the last IPL owing to personal reasons -and Moeen Ali revived CSK's innings. Moeen played a 24-ball 36 knock before getting out to off-spinner Ravichandran Ashwin.

Ambati Rayudu came in started hitting big shots from the first few balls. He smashed a couple of sixes and a four to race away to 23 off 16 balls before Tom Curran ended his stay in the middle.

Meanwhile, Raina continued his attacking batting from other end, before getting run-out following a mix-up with Ravindra Jadeja (26).

Avesh Khan was the pick of the bowlers for DC as he picked two wickets for 23 runs in his four overs including Du Plessis and MS Dhoni.