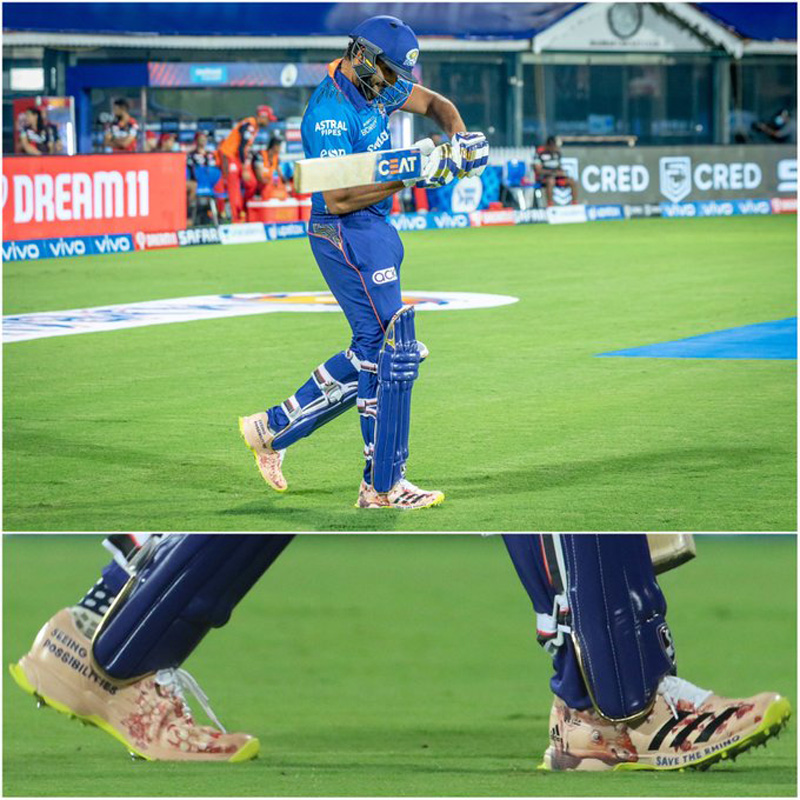 Rohit has taken a unique approach in this year's IPL to speak up about a cause that he has long supported — the conservation of the Great One-Horned Rhinoceros or the Indian Rhino.

The Indian opener sported a unique design of his IPL cricket shoes which showcased the endangered species on them.

The art on Rohit's spikes made a bold statement literally calling out ''SAVE THE RHINO'' and this shall surely help educate more people and help their vision to save the 'vulnerable' species from extinction.

It was special for me to take a cause so close to my heart with me on the field while I do what I love. Every step matters. 🦏❤️ (2/2)

Of the estimated 3500 Indian rhinos left in the world, 82 per cent are found in India. Once found abundantly across the Indus, the Ganges, and the Brahmaputra river basins, the animal is now found only in select pockets in Assam, West Bengal, Bihar, and Uttar Pradesh.

The defending champions Mumbai Indians lost the IPL 2021 opener by two wickets at the MA Chidambaram Stadium in Chennai on Friday. They are set to face Kolkata Knight Riders next on April 13.