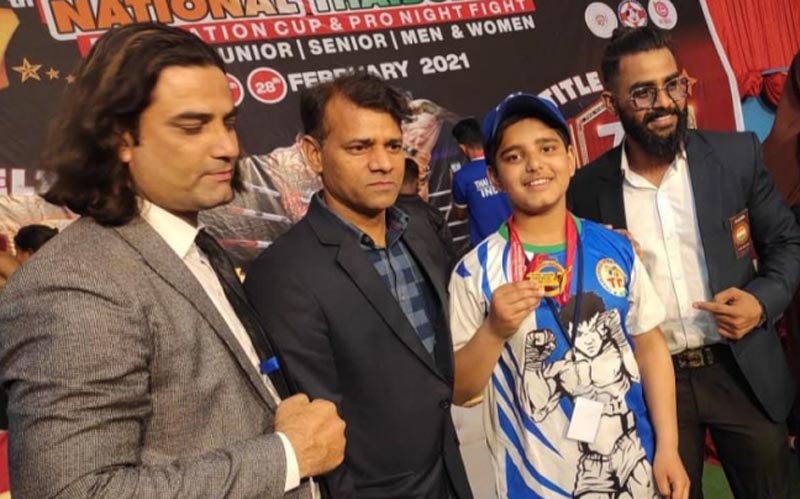 Srinagar: A young boy from Ganderbal district has brought laurels by winning a gold medal in the 7th Thai boxing National Championship held in Hyderabad between February 26-28.

Faheem Zahoor, son of Zahoor Ahmad claimed Gold medal in the championship which was orginised by the Indian Thia-boxing Federation.

Faheem has received appreciation and felicitation for his brilliant performance.

“We are happy and proud that our son has achieved this feat and done well in the championship,” said Zahoor, father of Faheem.

He credited his success to his school management and coach.