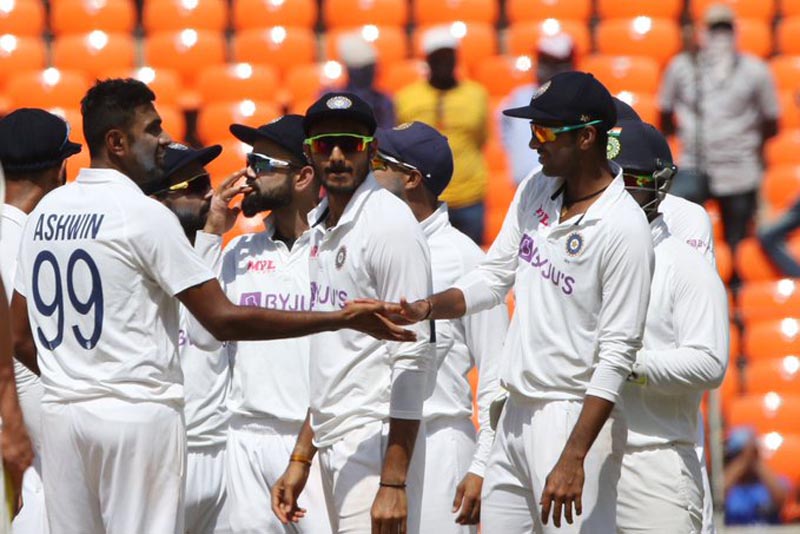 Ahmedabad: India dominated the fourth Test match to defeat England by an innings and 25 runs to clinch series 3-1 here on Saturday.

Riding on Rishabh Pant's 101, Axar Patel's 43 and Washington Sundar's gutsy 96, India took a lead of 160 runs against the visitors who had toppled the top order fast on Friday.

However, Pant and Sundar changed the gear and shifted momentum towards India.

England bowled out India for 365 runs in the first innings.

After Indian bastemen rescued the ship after initial jolts, spinners R Ashwin and Axar Patel once again delivered and picked up five wickets each to bowl out the visitors for 135 runs.

Dan Lawrence remained the only shining spot for England with his 50.