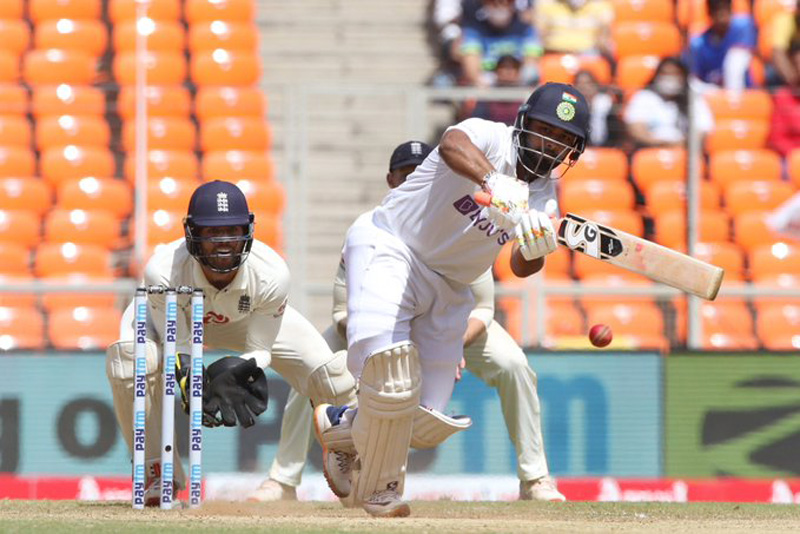 Ahmedabad: Rishabh Pant played a serious knock of 101 runs, his third Test century, which helped India take a major lead of 89 runs against England at the end of the second day of the ongoing fourth and last match of the series here on Friday.

India finished the day's play at 294 runs for the loss of seven wickets.

Apart from Pant, Washington Sundar once again displayed his batting skills by adding unbeaten 60 runs with his willow.

Pant, however, won hearts as he helped India recover from the situation in which India was left following the fast falling of wickets.

Cheteshwar Pujara (17), Ajinkya Rahane (27) and Virat Kohli (0) failed to deliver with their willows and England cricketers were slowly putting their strong grips on the match when Pant fought back.

The young star added 13 boundaries and two sixes in the innings.

Sundar also joined the recovery work and hammered eight boundaries in his innings.

England were bowled out for 205 runs in the first innings.