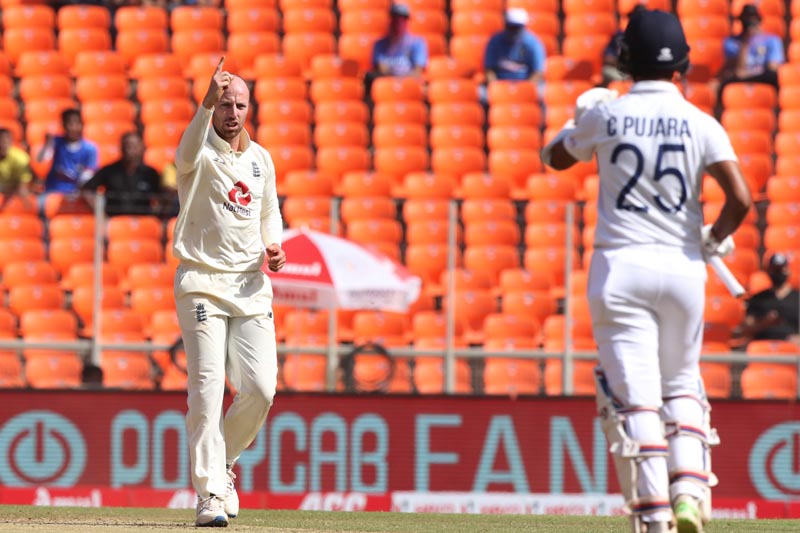 Ahmedabad/IBNS: India were reduced to 80/4 at lunch on the second day of the fourth Test match against England at Narendra Modi Stadium here Friday.

Indian skipper Virat Kohli was dismissed for a duck.

England were bowled out for 205 on the first day of the match Thursday.

Ben Stokes was the top scorer with his 55.