But in the second set, Wyatt pulled up his socks and fought back with dogged determination to level the score.

In the deciding set, Arunava got totally exhausted and finally retired with the score line reading 5-2 in fabour of Wyatt. O' Brien. 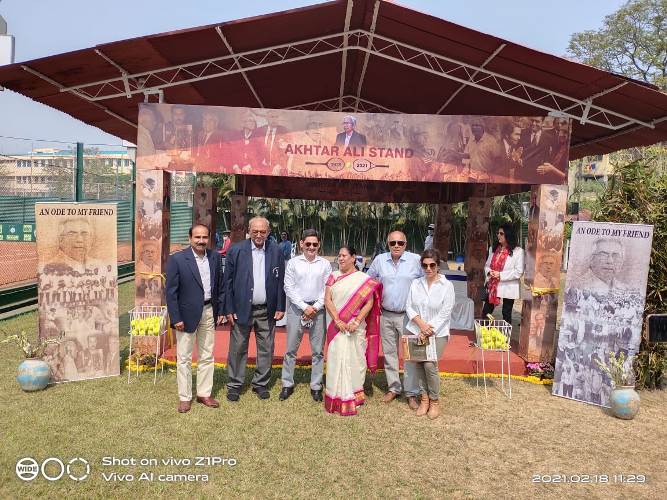 The 5th edition of the  tournament was held by the Academy in memory of former Davis cupper Premjit.
He  was a partner of Jaidip Mukerjea in many Davis Cup matches.

The tournament was inaugurated by Chairperson of Bidhannagar Municipal Corporation Krishna Chakraborty in presence of Olympian and hockey midfielder Dr. Vace Paes, former Air Chief Marshall (Retd) Arup Raha and other dignitaries .
A stand in the Academy was also dedicated to late tennis coach Akhtar Ali.