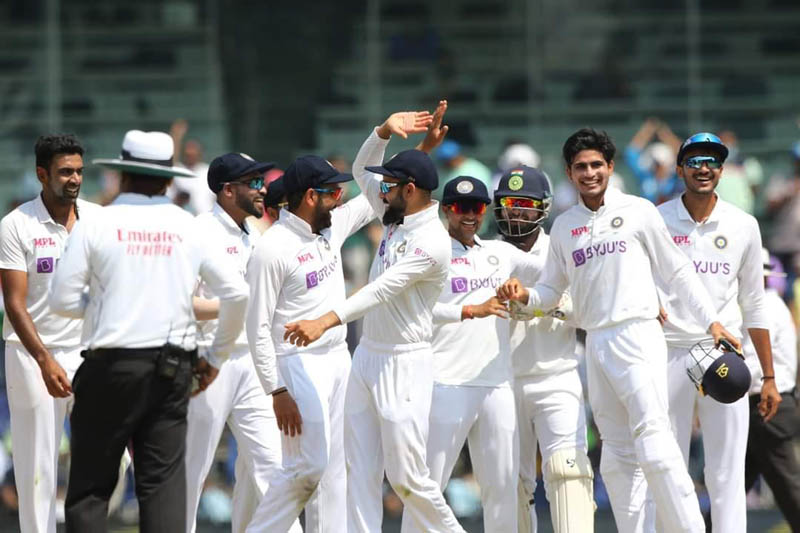 Chennai/IBNS: Making a strong comeback in the series after a misadventure in the first game, Virat Kohli's India thrashed England by 317 runs in the second Test match here on Tuesday.

Chasing a target 482 in the second innings, England were bowled out by aggressive Indian bowlers for just 164.

Moeen Ali, who played a brazing knock down the order, was the top scorer for England with his 43 off 18 balls.

Axar Patel picked five wickets for 60 runs in 21 overs for India in the second innings.

In the first innings, England were bowled out for a meagre 134, courtesy Ashwin's 5/43.

While in the first innings, Rohit Sharma scored 161, Ashwin slammed a century (106) in the next.

With the win, India have now squared four-match series 1-1.