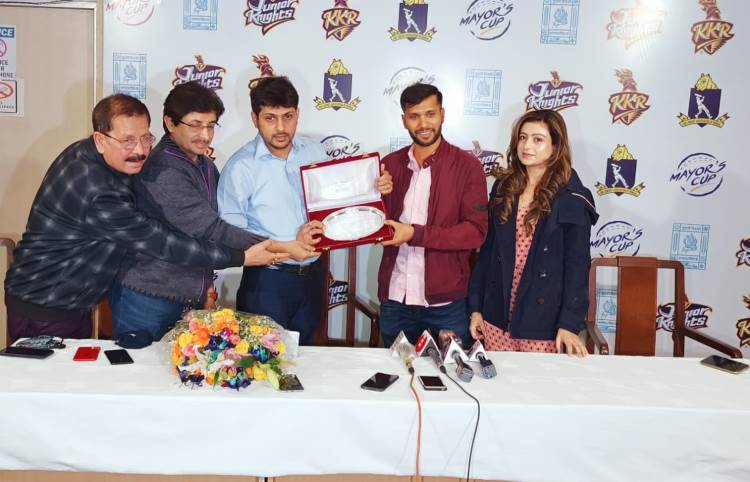 Indian bowler Ashoke Dinda retires from all formats of game

Kolkata: Former Indian fast bowler Ashoke Dinda on Tuesday retired from all formats of the game.

He was presented with a silver plaque and a bouquet thanking him for his contribution by CAB President Avishek  Dalmiya, Secretary Snehashis Ganguly and Jt Secretary Debabrata Das.

Talking to the media at CAB, he said: "I am today retiring from all formats of cricket. I have sent the mails to BCCI and GCA to this effect. There have been several people who have helped me throughout my career whom I would like to thank beginning with my parents. Then it's Dada (Sourav Ganguly). It is because of him that I got to play for Bengal and when as skipper he stood at mid-off he would always guide and encourage me."

He thanked CAB for always standing by him during his career spanning over two decades.

"I can't thank CAB enough for the support encouragement and backing i got. Today also I made one to to our Association President Avishek (Dalmiya) and he immediately gave me this platform to retire," he said.

Dinda further said that while playing Mushtaq Ali Trophy he realised that his body was not supporting him and hence the decision.

"The contribution of Ashoke is enormous. He is one of the best fast bowlers we have produced. He will be remembered for his ability to take wickets and win matches, bowl long spells and his never say die spirit. He is welcome to be associated with CAB in some form as and when he wants. We wish him best in his life beyond cricket," said CAB President Avishek Dalmiya.

Ashoke Dinda further added: "He would be only to happy to be associated with CAB, but for the time being he needs to give time to his family.