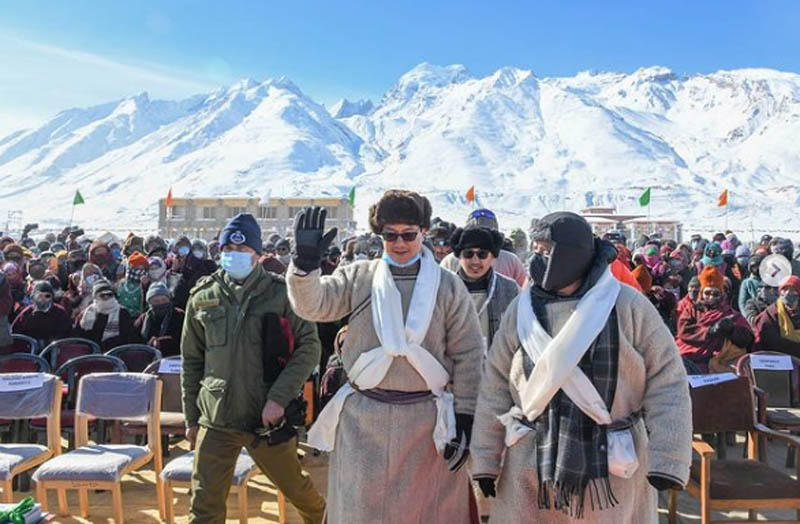 The Union Minister said in Instagram: "Inaugurated the spectacular Khelo India Winter Sports Festival at Zanskar, Ladakh. This area used to remain cut off from the rest of the world for 5-6 months due to heavy snow but no more now! @narendramodi Govt is committed to support these remote areas."