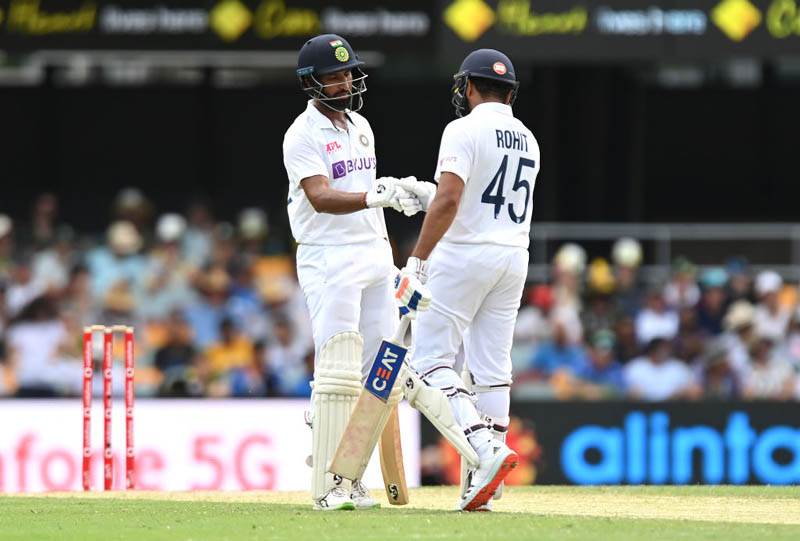 Brisbane/IBNS: India scored 62/2 in response to Australia's first innings total of 369 at stumps on the second day of the fourth Test match at The Gabba here on Saturday.

The two wickets lost by India are Rohit Sharma (44) and Shubman Gill (7).

Cheteshwar Pujara and skipper Ajinkya Rahane are unbeaten at eight and two respectively as the play was stopped due to wet outfield.

Update: Play on Day 2 has been abandoned due to wet outfield. Play on Day 3 will resume at 9.30AM local time. #AUSvIND pic.twitter.com/dN2bt53lcf

Earlier, Australia were bowled out for 369 by the Indian bowlers on day 2 of the crucial Test.