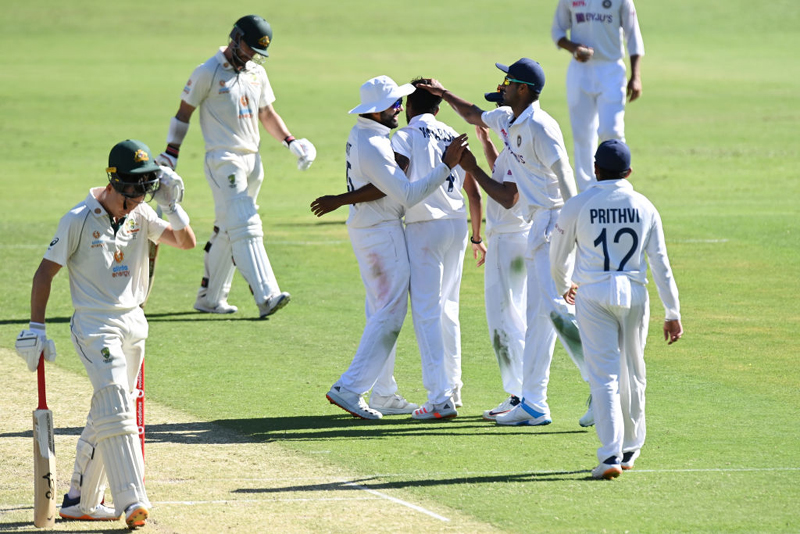 Brisbane/IBNS: An inexperienced bowling line up of injury-hit India restricted full strength Australia to 274/5 on the first day of the fourth Test match at The Gabba here on Friday.

Winning the toss, Australia elected to bat first but were stunned by a poor start battling the young Indian bowlers.

After a brief partnership between Marnus Labuschagne and in-form Steven Smith, India were brought into action again in the 35th over, thanks to debutante spin bowler Washington Sundar.

Sundar could not have hoped for a better maiden Test wicket than Smith, who scored 36 off 77 in an attempt to construct the Australian innings.

Though Smith was dismissed, Labuschagne went on with his mission to stablise the Australian innings partnering Matthew Wade.

While Labuschagne went on to hit a hundred, Wade missed his fifty by a whisker as he had fallen to T Natarajan at 45.

Scoring a vital 108-run knock, Labuschagne followed Wade to the change room within three overs since the last dismissal.

By then, India stormed back to the crucial game by a double strike of Natarajan.

The four-match series is so far evenly positioned at 1-1.