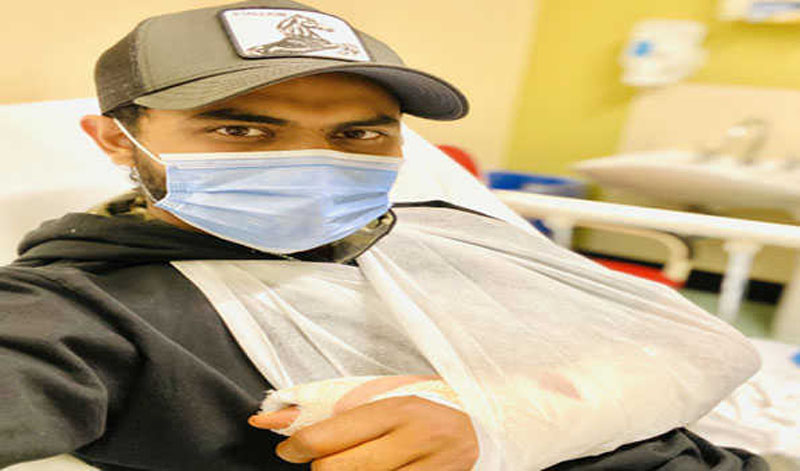 Sydney/UNI: The India all-rounder Ravindra Jadeja, who has been ruled out of the fourth and final Test against Australia, underwent a successful surgery for his dislocated left thumb, here on Tuesday.

After a successful surgery in Sydney, the star all-rounder posted a selfie with his plastered left thumb in the frame.

"Out of action for a while surgery completed. But will soon return with a bang!" Jadeja captioned the picture on Twitter.

Ravindra Jadeja suffered a blow to his left thumb while batting on Day 3 of the third Test that concluded on Monday.

Before the injury which kept him out of action during Australia's second innings, Jadeja was the most successful bowler for India in the first innings, picking four wickets for 62 runs. He also proved his excellence in the field with a sensational throw to run out Steve Smith.

Out of action for a https://t.co/ouz0ilet9j completed. But will soon return with a bang!💪🏻 pic.twitter.com/Uh3zQk7Srn

Despite dislocating his left thumb, Jadeja made crucial runs (28 not out) towards the end as India finished with 244 all out, reducing Australia first innings lead to less than 100 runs.

Earlier, the BCCI on Monday had confirmed that the all-rounder won’t be a part of the squad for the 4th and final Test against Australia to be held in Brisbane from January 15-19 at the Gabba.

He will now head to the National Cricket Academy in Bengaluru for further management of his injury.