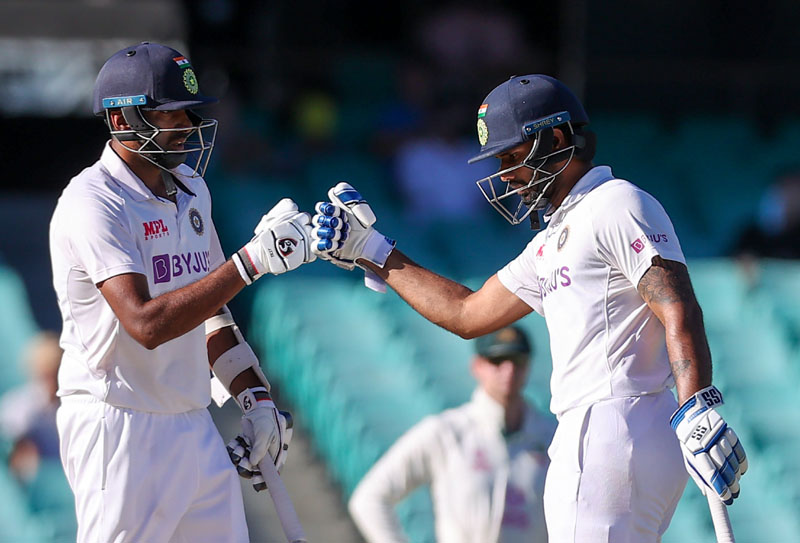 Sydney/IBNS: Riding on the herculean task by injured Hanuma Vihari and Ravichandran Ashwin, India drew the third Test against Australia while chasing a target of 407.

India scored 334/5 in the second innings.

Earlier, India were smelling a victory with the splendid batting of Rishabh Pant and Chesteshwar Pujara.

While Pant fell for 97 missing his Test hundred, Pujara was bowled out by Josh Hazlewood for 77.

The four-match Test series is now 1-1 with one contest to spare.