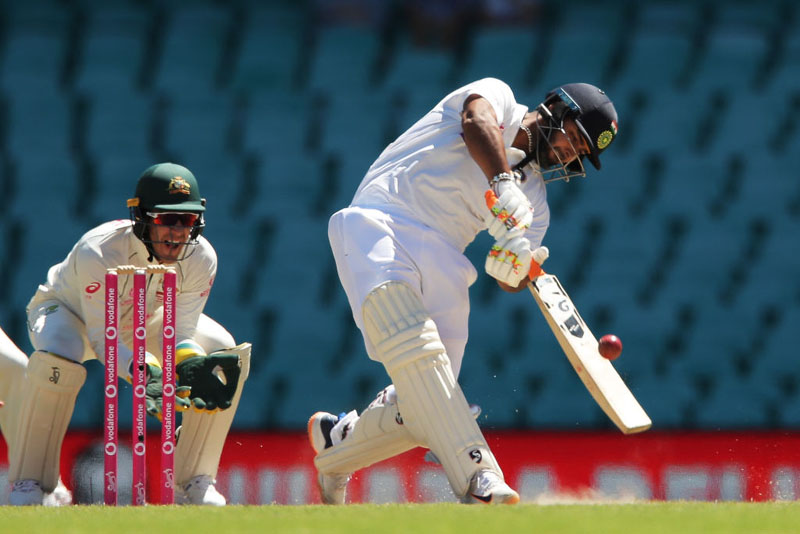 Sydney/IBNS: A splendid knock by young wicketkeeper-batsman Rishabh Pant and a half-century by Cheteshwar Pujara helped India in the run chase in the fifth day of the third Test against Australia here on Monday.

While Pant fell for 97 missing his Test hundred, Pujara was bowled out by Josh Hazlewood for 77.