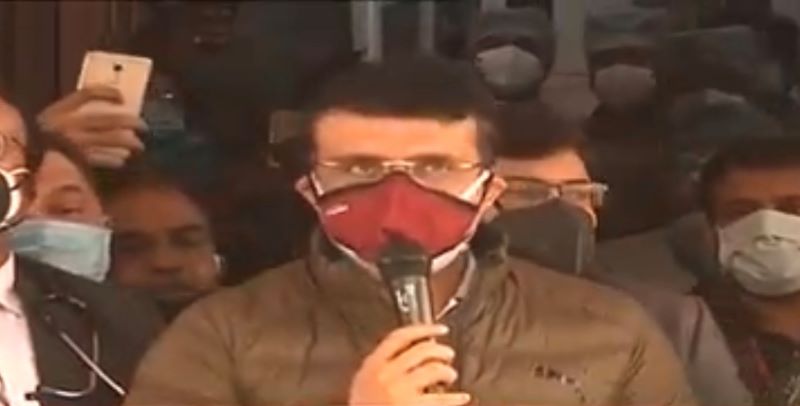 'Hopefully will be ready to fly soon': Sourav Ganguly after discharge from hospital

Kolkata/IBNS: Indian cricket board president Sourav Ganguly, who is known for his on and off field spirit, on Thursday expressed his eagerness to return to work after getting discharged from Woodlands Hospital where he was admitted to last week.

Ganguly, who heads the Board of Control for Cricket in India or BCCI, was admitted to Woodlands Hospital in south Kolkata on Saturday after he had fainted while exercising on a treadmill in the gym. Later it was found, he had suffered a mild cardiac arrest.

He has received a stent in one of the blocked artieries.

In his limited words after coming out of the hospital, Ganguly, flanked by doctors, said, "We say that we come to hospitals to get life back and that's really been that. I am absolutely fine. Hopefully I will be ready to fly soon."

"A big thank you to Woodlands Hospital, all doctors and nurses," the former Indian skipper said.

Ganguly will be under doctors' supervision at home for the next three weeks and post that decision to give stents to the rest two blocked arteries will be taken.