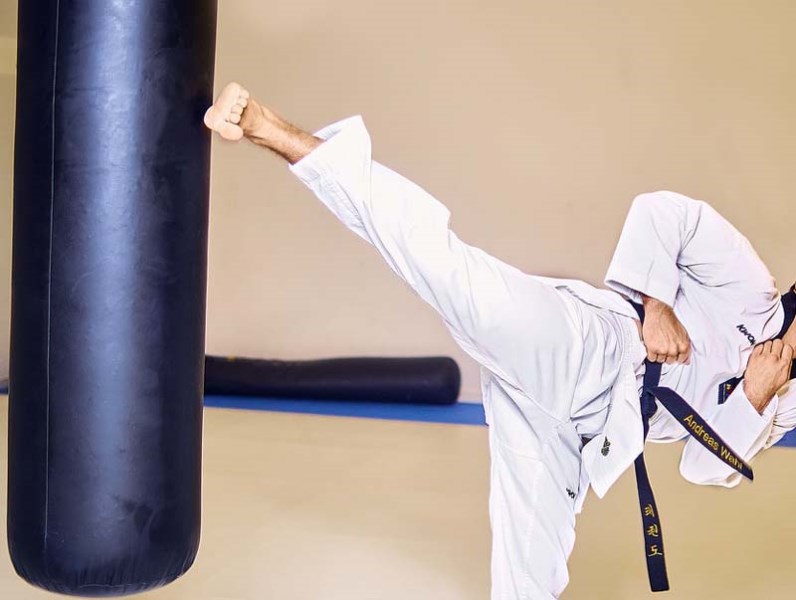 Jammu and Kashmir: Youth taking up Taekwondo in Poonch

Youth in Jammu and Kashmir's Poonch district are adopting Taekwondo as their new passion.

Youth in Jammu and Kashmir's Poonch district are adopting Taekwondo as their new passion.

Girls in the region are specially taking up the martial art form for self-defence.

Rajendar Singh, physical education teacher, Department of Youth Services and Sports, told ANI: "I have introduced Taekwondo 3.5 years back in Poonch with four children. People of the area do not know about Taekwondo, even being included in the Olympics game. But today I receive 30 to 40 calls on a daily basis from the parents stating that they want their kids to be trained in the martial art. The game took over most of the sports in the area."

"My aim is to launch a maximum number of female players in the field and train them self defence. This way we can make our girls participated in the games and make our nation proud," he said.

Rabiya Anjum a Taekwondo trainee, told ANI, "I have been playing Taekwondo for one and a half year. I am a gold medallist. Today I am standing in front of you just because of my coach Rajendra Singh. A large number of children participate in Taekwondo than other games. Mainly the girls participate in the game more because this helps them in self-defence. We are thankful to our coach who encouraged us towards this martial art training. Since we live in Poonch which is a maximum border area we used to face many difficulties but today we are not afraid of anything.