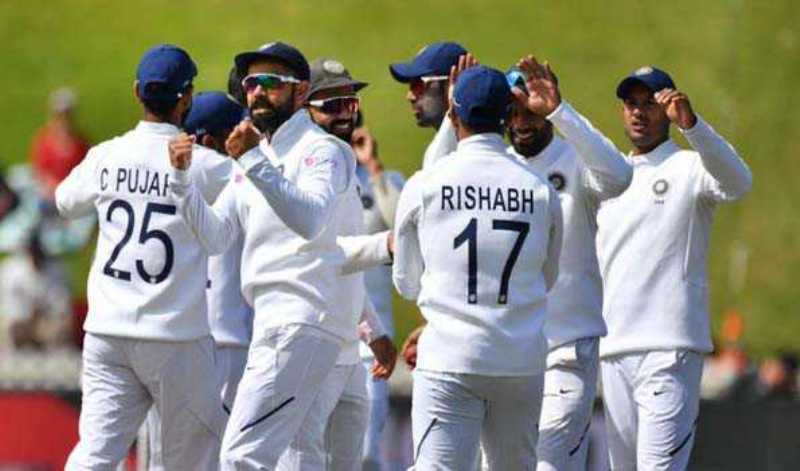 Adelaide/UNI: The BCCI on Wednesday announced the Indian playing XI, which will take on Australia in the first Test of the four match series, starting here on December 17.

Virat Kohli, who will head home for the birth of his first child after the first Test, will lead Team India in Adelaide. Vice-captain Ajinkya Rahane will then take over the reigns for the last three matches.

With Rohit Sharma absent for the first Test, the team management kept their faith in Prithvi Shaw over Shubman Gill as the second opener alongside Mayank Agarwal.

The 21-year-old Shaw has scored a hundred and two fifties in his four tests so far, but managed only 62 runs in four innings in warmup games in Australia.

Gill on the other hand, looked fluent in both innings of the second practice game which was played under lights with pink balls at the Sydney Cricket Ground and pushed his claim for a test debut with scores of 43 and 65.

Meanwhile, Wriddhiman Saha pipped Rishabh Pant to grab the wicketkeeper's slot. Pant was snubbed from a spot in the team even after his quickfire ton (103* off 78 balls) in the second practice match.

Hanuma Vihari has retained his place in the middle-order thanks to his performance in the second tour match in which he hit a hundred.

Ravichandran Ashwin has been picked as the lone specialist spinner for India, who will go with the frontline pace trio of Jaspit Bumrah, Mohammed Shami and Umesh Yadav.

Australia, who are struggling to figure out their team for the 1st Test after facing serious injury issues, have still not named their playing XI.

Team India currently hold the Border-Gavaskar Trophy after their historic 2-1 series win the last time they toured Australia in 2018-19.