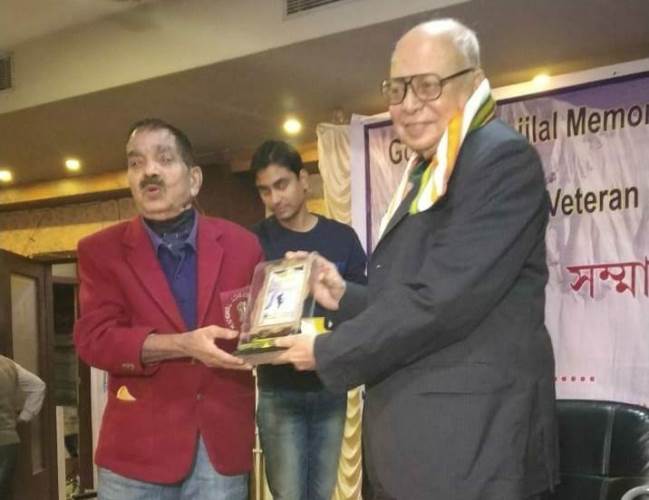 Kolkata/IBNS: A pall of gloom descended over the mountaineering fraternity of West Bengal as one of the doyens of civilian mountaineering and veteran adventurer Chanchal Kumar Mitra passed away following protracted illness Friday morning.

Mitra, 86, breathed his last at his nephew's place in Mumbai where he was living for about last one year for medical check-up and subsequent treatment.

Mountaineering activities of Mitra, who hailed from Kolkata, spanned over six decades.

His biggest achievement was to successfully lead the Himalayan Association organised expedition to 23210 feet Tirsuli in Kumaun Himalaya during 1966, which was the first ever ascent of the peak, after three other attempts, including one by the Polish team in 1939 and an Indian Pre-Everest Expedition during 1964, failed.

Mitra's love for the mountain began when in his early days he visited Darjeeling as a school student.

His passion for climbing intensified after a trek to Gangotri and Yomunotri during '50s of last century.

Subsequently, he took his basic and advance mountaineering traing at HMI Darjeeling.

Beside Tirsuli, Mitra, popularly known as Chanchalda, participated in Nilgiri Parvat expedition of Himalayan Association which made him the first Indian ascent of the peak in 1962.

He also led Herdeol Expedition in 1967 and the first expedition of the National Cadet Corps (NCC) in India to Panchachulli peaks during 1970.

He then participated in an expedition to Nitalthaur in Kumaun Himalaya in 1974.

During 1976, while on a trek from Gaumukh to Badrinath via Kalindi Khal Chanchalda, along with then instructor of NIM Uttarkashi Harsmuni Nautiyal, he made the first ascent of an unnamed peak of about 20,000 feet in Kalindi Khal region.

He was one of the initiators  to start rock climbing training course in Eastern India at Sushunia Hills of Bankura distrrict in West Bengal, organised by the Himalayan Association during 1965.

He also acted as Honarary Instructor at Adventure Courses at HMI Darjeeling and  Course Commandant of various rock climbing and adventure courses in West Bengal.

He also extended his expertise and assistance in setting up the  mountaineering club in Jadavpur University .