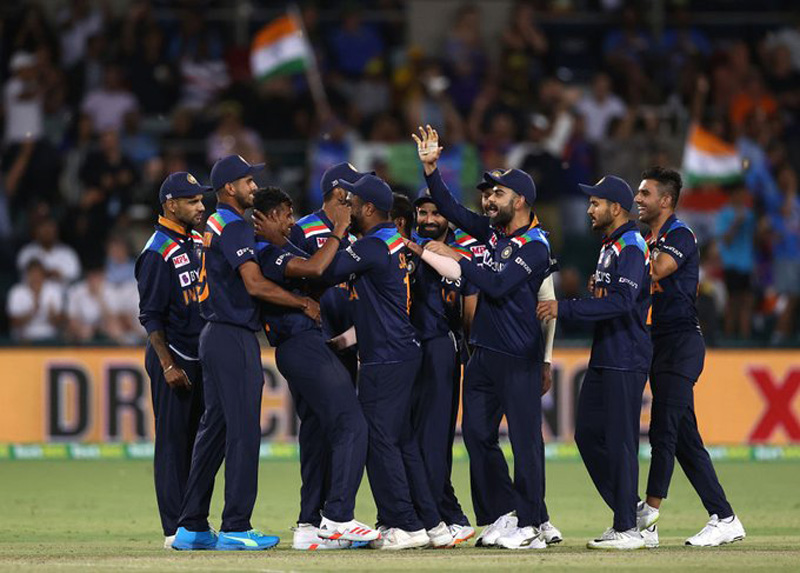 Canberra: India commenced their T20 series journey with a 11 runs victory over Australia in the first match of the series here on Friday.

Aaron Finch remained the top scorer for Australia at 35.

Indian bowlers remained dominant in the match and Natarajan and Chahal picked up three wickets each.

Half century from KL Rahul and Ravindra Jadeja's quickfire not out 44 off 23 helped India post a challenging 161/7 in 20 overs against Australia in the first T20 here on Friday.

But it was heroics from Rahul 51 and Jadeja's 44 not out and in the middle order 23 from Samson and another 16 runs from Hardik taking India to 161/7.