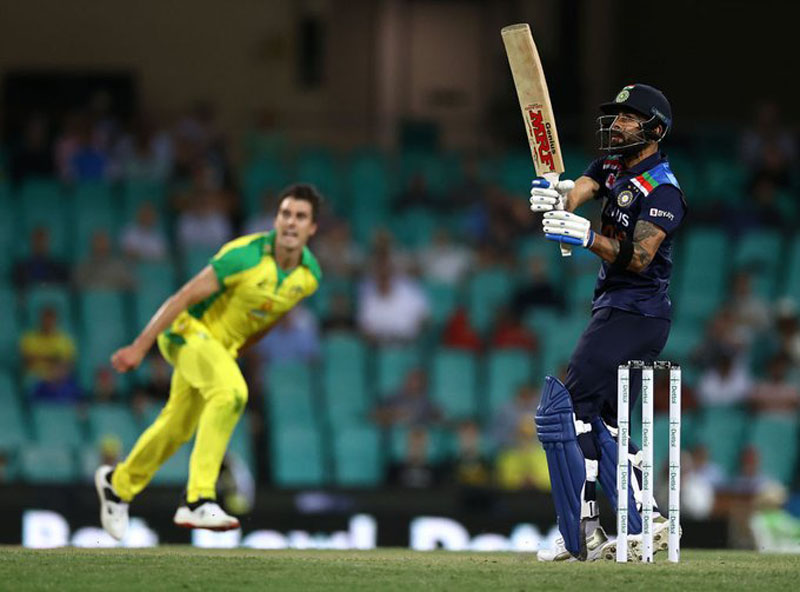 Sydney: Indian skipper Virat Kohli remained the only bright spot in India's dismal day on the field during the second ODI match against Australia as he completed 22,000 international runs.

The Indian skipper also became the fastest cricketer to reach the landmark.

He is the third Indian batsman after Sachin Tendulkar and Rahul Dravid to reach the milestone.

Kohli scored 89 runs in the match.

Australia defeated India by 51 runs in the second match to clinch the series.