"This is your time": Barack Obama congratulates Joe Biden | 'New day in America': Biden tweets ahead of taking oath as 46th US President | Excluded persons from NRC in Assam can vote if their names are listed in electoral rolls: EC | 'We were scared to lose': Michael Clarke criticises Australia's negative attitude against India | West Bengal: Dhupguri road mishap kills at least 14 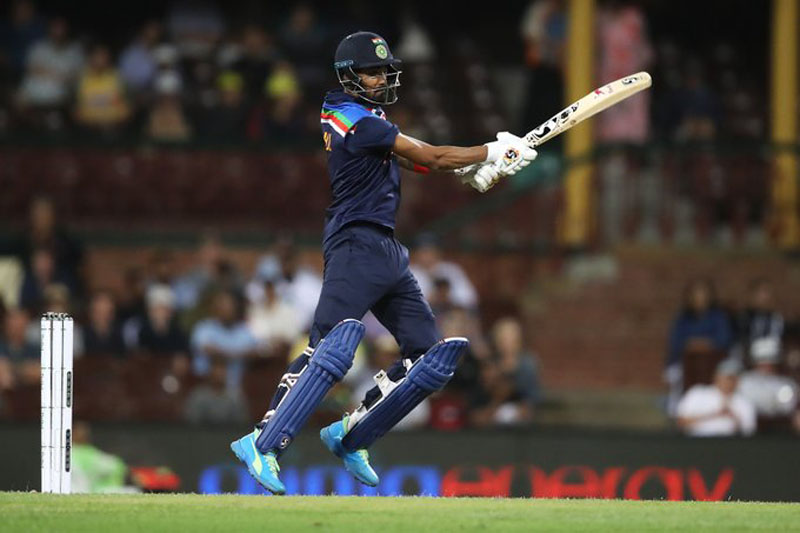 Sydney: Virat Kohli (89), KL Rahul (76) and Hardik Pandya (28) shined with their willows but failed to deliver a victory once again as a spirited Australian squad defeated the visitors by 51 runs in the second ODI to clinch the series here on Sunday.

India faltered in their path to reach a mammoth target of 390 runs set by Australia and were restricted to 338 runs for the loss of nine wickets.

Pat Cummins remained the pick of the Australian bowlers and took three wickets in the match.

Steve Smith struck his second successive hundred (104 off 64 balls) of the series and powered Australia to a mammoth total of 389/4 against India in the second ODI of three-match series, at the Sydney Cricket Ground, here on Sunday.

The duo of Marnus Labuschagne (70) and Glenn Maxwell (63) also chipped in with respective fifty-plus scores to propel Australia to a humongous score.

After winning the toss and opting to bat first, openers Aaron Finch and David Warner gave Australia a solid start as they added a century-plus stand for the first wicket.

Shami struck in the 23rd over to remove Finch, giving India the much needed first breakthrough and breaking the 142 run opening stand between Finch and Warner. Soon after, Warner (83) Warner was run out for 83 by a direct hit from the deep while trying to steal a second run.

From there on, Marnus Labuschagne and Steve Smith got together at the crease and the duo ensured that the side does not more wickets in a cluster. Smith mixed powerful hits with deft touches to pick up boundaries during his fluent knock and completed his 11th ton in the format in 62 balls in the 41st over of the innings.

However, he couldn't carry his innings longer was sent back to the pavilion in the next over by Hardik Pandya, which brought an end to a 136-run stand between Smith and Labuschagne.In slog overs, Maxwell's quickfire unbeaten 63 from 29 balls, which included four sixes and an equal number of fours, and a stroke-filled 70 from Marnus Labuschagne helped Australia build on the strong platform and finish with a flourish.

The duo added 93 runs in the last eight overs and helped Australia post a formidable 389/4 after 50 overs in the second ODI against India.Hardik Pandya 1/24, Mohammed Shami 1/73, Jasprit Bumrah 1/79 were the wicket-takers for India.