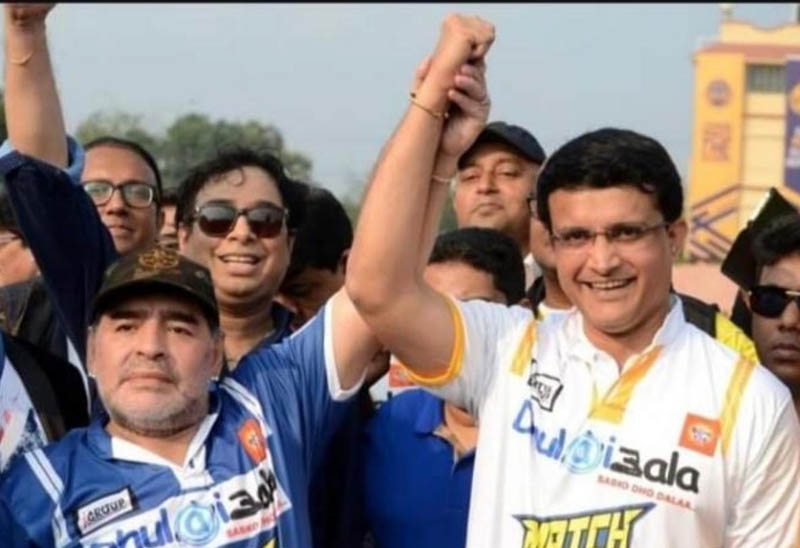 Ganguly, who has always been a fan of the Argentine footballer, tweeted, "My hero no more ..my mad genius rest in peace ..I watched football for you.."

My hero no more ..my mad genius rest in peace ..I watched football for you.. pic.twitter.com/JhqFffD2vr

Maradona died from cardiac arrest at the age of 60 on Wednesday.

The man who had led Argentina to the 1986 World Cup title died at his home in Tigre.

He had undergone brain surgery recently and was released on Nov 11.

Regarded as one of the greatest football players of all time, Maradona was one of the two joint winners of the FIFA Player of the 20th Century award.

He scored a total of 34 goals in 91 appearances for Argentina, representing the country in four World Cups.