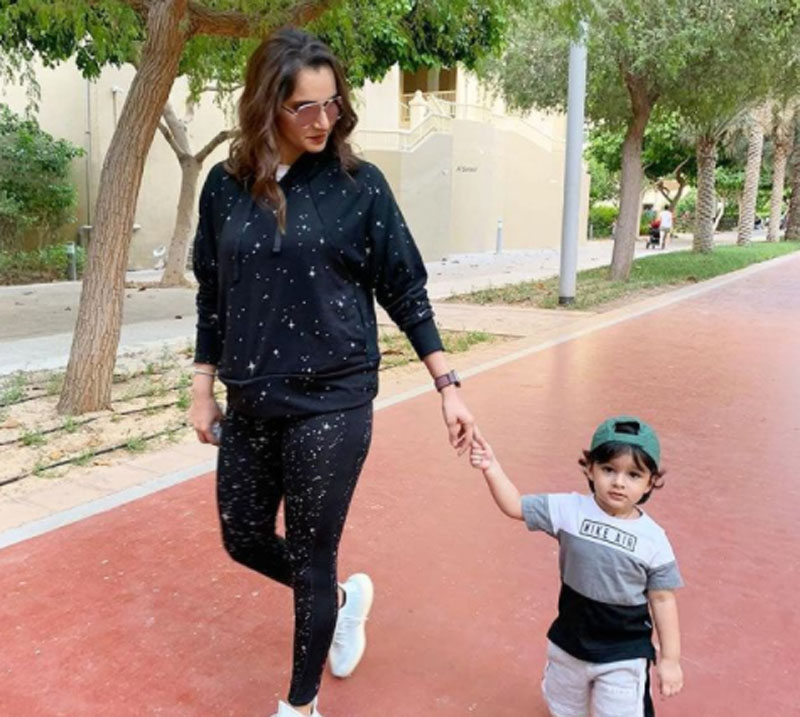 Mumbai/UNI: In an open letter to all mothers, Indian tennis star Sania Mirza has opened up about her time during pregnancy, sharing her emotional experience of motherhood and what it takes to defy all odds and make a comeback to the sport.

Sania, who married to Pakistan cricketer Shoaib Malik in 2010, gave birth to baby boy Izhaan in October 2018. After embracing motherhood, she returned to tennis circuit in January 2020 and won the doubles title at the WTA Hobart International 2020 with her Ukrainian partner Nadiia Kichenok.

The winner of six grand slam titles and Padma Bhusan recipient, recently watched "Being Serena" on Discovery Plus and couldn't resist herself from relating to Serena after watching the documentary.

The documentary is an eloquent tale of the very best in women's tennis overcoming all hurdles to make a comeback to supremacy on the court while trying to strike a balance with her role as a mother.

Sania, who has had a similar journey over the past two years and has seen the US-based women’s tennis legend from the close quarters, went on to pen an open letter and dedicated it to all 'mothers' who are faced with similar dilemmas in their everyday life.

"Pregnancy is something that I had experienced for the first time in my life. I thought about it and I think we all have a certain picture about it but once you experience it, you really understand what it means. It absolutely changes you as a human being," wrote Sania.

"Having seen Serena playing in the same era and being around her and watching her gripping documentary "Being Serena" was like watching her in reality. It shows so much about her personality, her fighting spirit, her passion and her will to succeed even after achieving so much," she added.

Later came the part to overcome the physical obstacles and get back to her earlier self to make a comeback to the court.

In the letter, the ace tennis player also mentioned about the physical obstacles in getting back to her earlier self to make a comeback to the court.

"Getting back to shape and form after pregnancy can be a challenge and I can relate to Serena and every other woman on that. I think it's normal for everyone because you don't know how your body is going to react post-pregnancy and during pregnancy," said the 34-year-old.

While depicting her transformation journey and the sheer joy of being on the court, Sania said, "Having put-on around 23kg during my pregnancy, I wasn't sure if I was ever going to get back to being fit and playing tennis again."

"However, I lost around 26 kilos with a lot of workout regimes and very strict diets and came back to tennis because that's what I know, love and do. Finally, when I won at Hobart after coming back it was pretty amazing. I was honestly very proud of myself to have been able to put myself to compete at the highest level again and I think that's where I was mentally," she added.