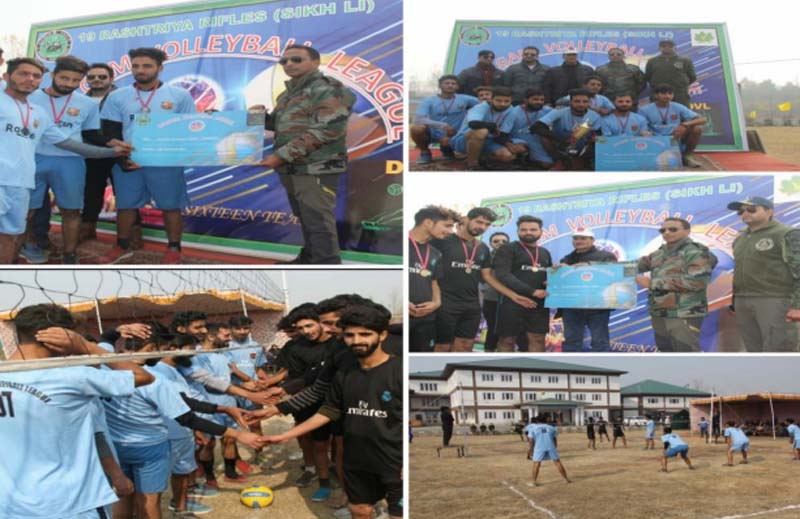 Srinagar: With a view to constructively engage the youth of the area, 19 Rashtriya Rifles of Larkipora Anantnag under the aegis of headquarters 2 Sector organised a volleyball tournament at Dialgam Company operating base from 5th November to 13th November 2020.

A total of 16 teams from Anantnag participated in the championship.

The event attracts more significance since the tournament is being jointly conducted by army and civilians together.

The champion team and the runners up team were awarded cash prizes of Rs 10,000 and Rs 5,000 each by 2nd Commanding Officer, 19 RR Lt Col Major Manpreet.

The event was attended by BDO Larkipora Malik Asif Ahmad and all village elderlies of nearby villages.

Tea and refreshments were provided at the end during which youths and Army personnel interacted on various local issues.

The locals appreciated the efforts of 19 Rashtriya Rifles for holding the event in a befitting manner and requested to organise similar tournaments in future for positive engagement of youth.