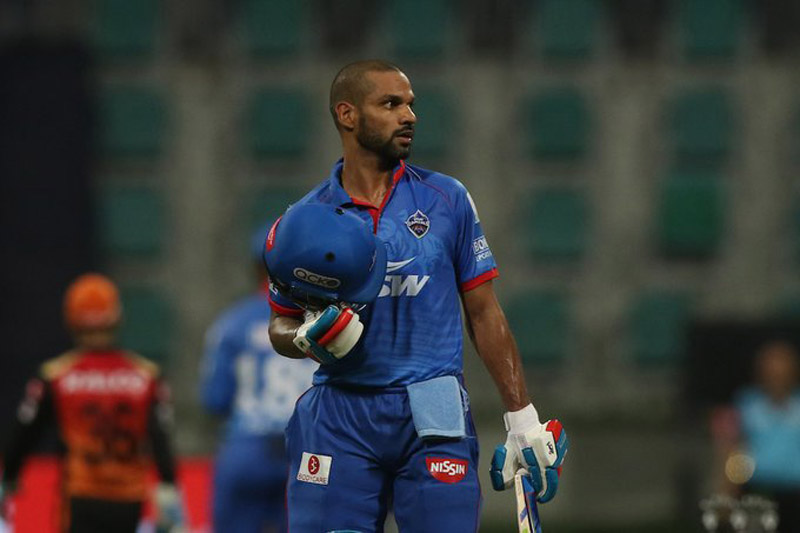 Abu Dhabi/UNI: Cricketer Shikhar Dhawan's stellar knock of 78 off 50 balls, Shimron Hetmyer 42 not out and Marcus Stoinis 86 runs stand for first wicket took DC to challenging 189/3 in 20 overs against SRH in the second qualifier of the IPL 2020, at the Sheikh Zayed Stadium, here on Sunday.

Winning the toss, DC coming into bat first openers with Marcus Stoinis and Shikhar Dhawan gave a perfect start for the team with 86 runs partnerships for the first wicket.

The duo smashed RCB bowlers for fours and sixes but their partnerships was broken by Rashid Khan scalping Stoinis for 38 off 27 (5 fours, one six) in 8.2 over.

After Stoinis departure skipper Shreyas Iyer and Dhawan added another 40 runs for the second wicket and in process Dhawan also scored his fifty with a six in Nadeem's spell in just 26 balls in 9.2 over.

Then Dhawan and Hetmyer chipped in 52 runs for third wicket and were going well keeping the flow of runs coming, but Dhawan's innings came to an end lbw by Sandeep Sharma in 18.3 over. Dhawan scored 78 off 50 balls which included 6 fours and 2 sixes.

Shimron Hetmyer 42 off 22 (4 fours, one six) and Rishabh Pant 2 remained not out, but in the last two overs SRH bowlers did their job well by not giving any boundaries.