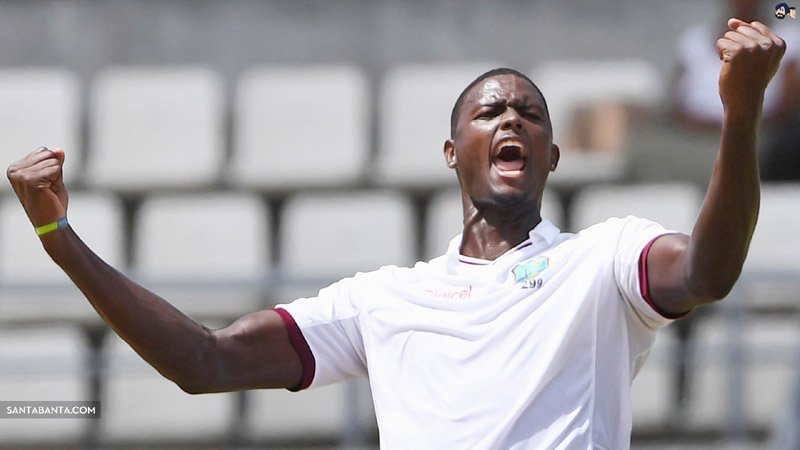 Christchurch/UNI: West Indies coach Phil Simmons has said that Test captain Jason Holder, who has had a stellar IPL season so far, is still in consideration for the shortest format despite not being part of the T20I squad for the tour of New Zealand.

Before Kieron Pollard took over the white-ball captaincy last September, Holder was West Indies' captain in all formats. But since December 2019, Holder hasn't featured in a T20I.

He was left out of the T20I squad for the tour of New Zealand, but recent performances in the Caribbean Premier League and the ongoing Indian Premier League 2020 have strengthened his case for a place in the squad.

During a media interaction, Phil Simmons confirmed that Holder was "always in consideration" and wasn’t picked considering the jam-packed schedule.

"Jason always has a chance to play T20 cricket. Let me just clear it up here. This is an odd tour here. The T20 series finishes a day or two days before the first Test match and [Holder] being captain of the Test team, a decision was taken by us as a selection panel that Jason will not be considered for that part,' said Simmons.

"Seeing that he is coming from IPL, he will have one chance to play in the four-day game before the Test match. But Jason is always in consideration for T20s. He had two good years at the CPL and now he is having a good tournament at the IPL,' he added.

Holder led the Barbados Tridents in the CPL 2020 and returned 10 wickets at an economy rate of 6.63 while also making useful runs at a handy strike-rate of 140.14.

In the IPL, he has produced impact performances with bat and ball, notably playing an all-round role in Sunrisers Hyderabad’s win over Royal Challengers Bangalore in the eliminator clash on Friday. After picking up 3/25 with the ball, Holder made 24* in 20 balls including two fours in the final over to seal the game for Hyderabad.

Coming in as a replacement for the injured Mitchell Marsh, Holder has picked up 13 wickets from just six games at an economy of 7.62. With the bat, too, he has played a couple of crucial knocks.

West Indies begin their tour with the T20I leg that involves three games with the first one at Eden park scheduled for November 27. The series is followed by a two-match Test series for which Jason Holder will lead the team.