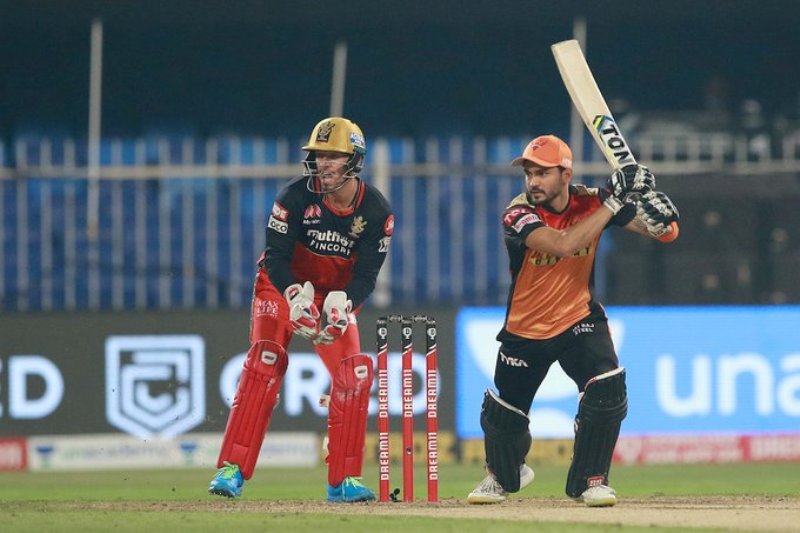 Sharjah/UNI: Sunrisers Hyderabad bowlers produced a clinical performance to restrict Royal Challengers Bangalore to paltry 120/7 in the 52nd match of the IPL 2020 at the Sharjah Cricket Stadium, here on Saturday.

Put in to bat first, RCB were off to a bad start. SRH pacer Sandeep Sharma dismissed both Devdutt Padikkal (5) and Virat Kohli (7) to leave RCB reeling at 28/2 after 4.4 overs.

After losing the wickets of Padikkal and Kohli early, AB de Villiers had the onus of anchoring the RCB innings while maintaining the scoring rate also. Josh Philippe gave him a good support from other end.

The duo added 43 runs for the third wicket but failed to rescue RCB. Shahbaz Nadeem and Rashid Khan combined to dismiss AB de Villiers (24) and Josh Philippe (32) in quick succession in the middle overs.

Washington Sundar (21) and Gurkeerat (15) partnered for a slow 30-run partnership for the 5th wicket before the former departed in the 18th over.

In last few overs, RCB lost the wickets in cluster and were restricted 120/7 in 20 overs.