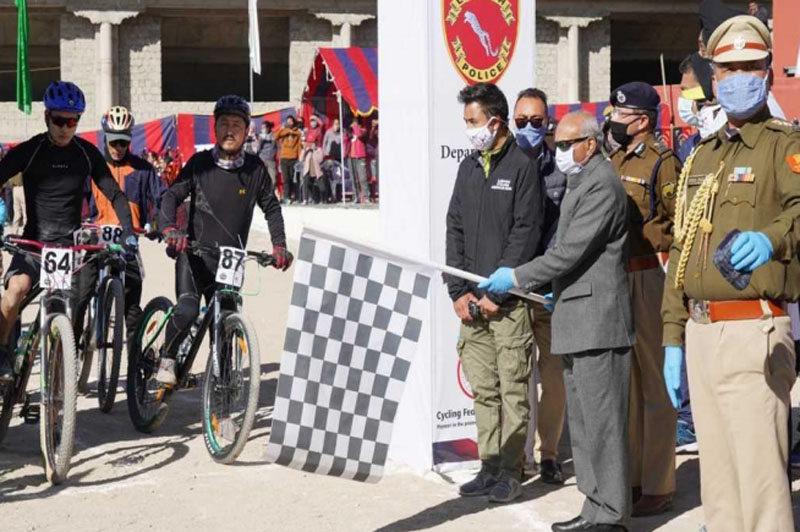 The four-day cycle rally is organised by the Ladakh police department and Ladakh Tourism Department in collaboration with the Cycling Federation of India and the Ladakh cycling association.

Addressing the event, LG Mathur stressed the need of directing the enthusiasm and potential of the youth in the right direction and stated that the Ladakh police department can play a vital role in encouraging and involving the youth in adventurous sports.

The mountainous terrain and weather conditions of Ladakh make it a suitable location for such adventurous sports hence encouraging fitness and also gathering more public involvement in attaining the vision of a Carbon Neutral Ladakh, stated LG Mathur.

He expressed hope that in the coming years the Ultimate Ladakh Cycling Challenge grows into an international event witnessing participation from across the globe.

He said that these events will serve as a platform to provide opportunities to the youth of Ladakh for participation in the international level competitions.

Keeping the pandemic in view this year, participation was restricted to only 100 cyclists including riders of both local and national levels.

The 4-day event will be carried out on various routes across Ladakh with the Leh-Kharu and Leh-Likir road on the first two days followed by mountainous routes of the LehTaglangla and Leh-Khardungla passes on approximate heights of 18000 ft above the sea level.