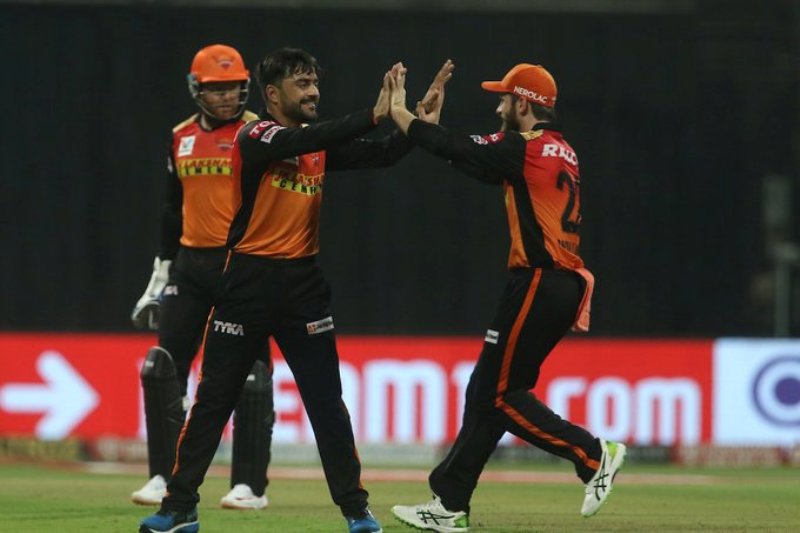 Abu Dhabi/UNI: Sunrisers Hyderabad produced a clinical all-round performance to beat Delhi Capitals by 15 runs and register the first win of the IPL 2020, here at the Sheikh Zayed Stadium on Tuesday.

After winning toss and opting to bowl first, Delhi Capitals restricted Sunrisers Hyderabad to 162/4 in 20 overs. For SRH, opener Jonny Bairstow led the attack and went on to complete his fourth half-century ( 53 off 48) in IPL.

Chasing a challenging total for victory, Delhi capitals were off to a bad start as opener Prithvi Shaw got out in the first over. After Prithvi's wicket, Shikhar Dhawan and captain Shreyas Iyer played sensibly and brought Delhi back into the game.

Iyer and Shikhar Dhawan tried bringing Delhi back into the game by adding 40 runs for the second wicket but SRH spinner Rashid Khan removed DC skipper for 17 to dent DC's chase.

After Iyer's dismissal, Shikhar Dhawan found it difficult to accelerate as the asking rate was going upward for Delhi Capitals and he got out to Rashid Khan leaving DC in trouble.

Rishabh Pant was joined in by Shimron Hetmyer and both left-handers added a quick 42 off just 22 balls. Hetmyer smashed 2 back to back sixes off Khaleel Ahmed in the 15th over but he was dismissed by Bhuvneshwar Kumar in the next over.

Pant was the next Delhi batsman to depart as he handed an easy catch to Priyam Garg in the bowling of Rashid Khan.

Delhi's hopes of chasing down the taget received the final blow when T Natarajan removed Marcus Stoinis in the 18th over.