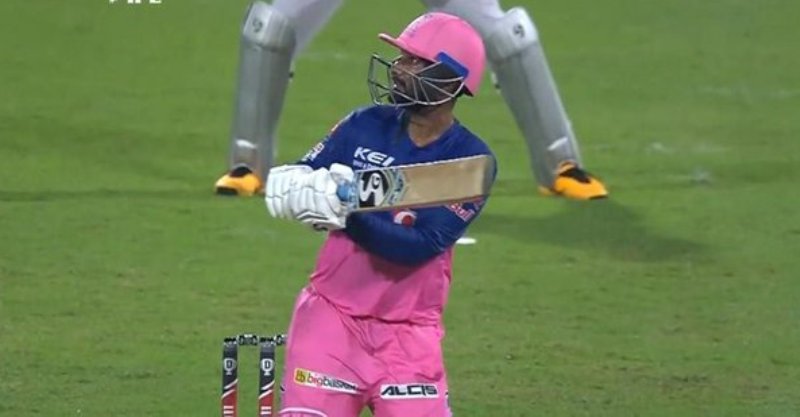 I had to believe in myself, says Tewatia after worst first 20 balls

Sharjah/UNI: Rajasthan Royals player Rahul Tewatia's 7 sixes snatched away the game from Kings XI Punjab despite their mammoth total of 223/2 in the IPL on Sunday night.

Tewatia, who came in to bat at no 4 above Robin Uthappa when Smith was out, found it hard to get going initially from 8 off 19 balls.

But later as the innings progressed Tewatia smashed Sheldon Cottrell for five sixes in an over to snatch victory from the jaws of the of defeat.

“That was some chase! Tewatia, that was some sort of display against Cottrell,” Smith said after the match.

“That was the worst first 20 balls that I have ever played. I was hitting the ball very good in the nets, so I had belief in myself and kept going. I was not hitting the ball well initially, I saw in the dug-out, everybody was curious because they know that I can hit the ball long,” Tewatia said.

“I thought I had to believe in myself. It was a matter of one six, after that, I got going. Five in an over went amazing. Coach sent me to hit sixes off the leg-spinner, but unfortunately I didn't hit him. Ultimately, I hit off the other bowlers,” he added.

With four wickets win RR now jump to second spot, while DC are on top of the IPL points table.