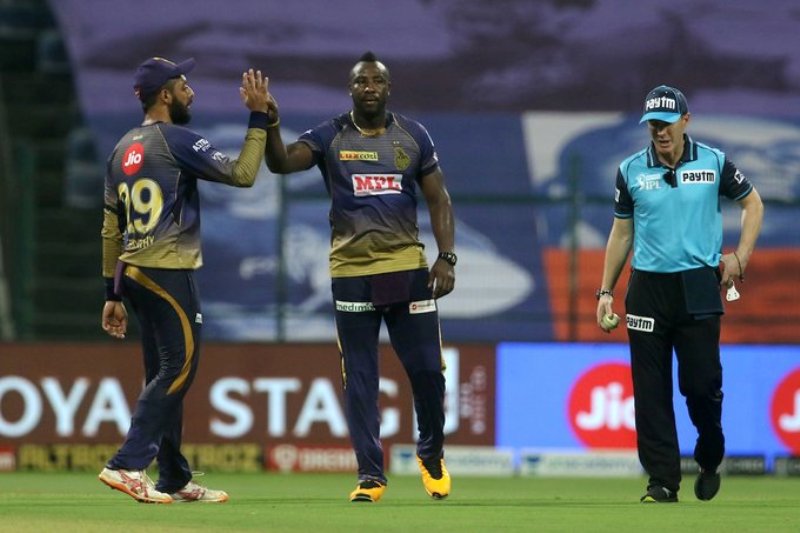 Earlier, SRH won the toss and opted to bat first against KKR.

SRH openers David Warner and Jonny Bairstow gave a decent start for their team adding up 24 runs for the first wicket.

The duo partnership was broken when Pat Cummins scalped wicket of Bairstow in 4th over. First wicket went down at 24. Cummins scored 5 off 10.

After Cummins exit Manish Pandey came in and along with Warner kept the scoreboard running.

Meanwhile, SRH fifty came up in the 9th over after Manish Pandey smashed Kuldeep Yadav for a six.

Warner and Pandey continued the innings as both put 35 runs for second wicket, but it was Varun Chakravarthy who removed crucial wicket of Warner in 10th over who was scoring runs at regular intervals and hitting boundaries.

SRH 100 came in 16th over. Manish Pandey's sensible innings paid off as he came with his half century in 17th over.

For the third wicket Saha and Pandey added 62 runs on board, but then in the very next over it was Russell who sent Pandey back to the pavillion. Pandey scored quickfire 51 off 38 balls (3 fours, 2 sixes).

After Pandey's exit in the same over Saha was dropped at deep backward point by Nagarkoti in Russell's spell which went for four.

Mohammad Nabi 11 and Abhishek Sharma 2 remained not out.