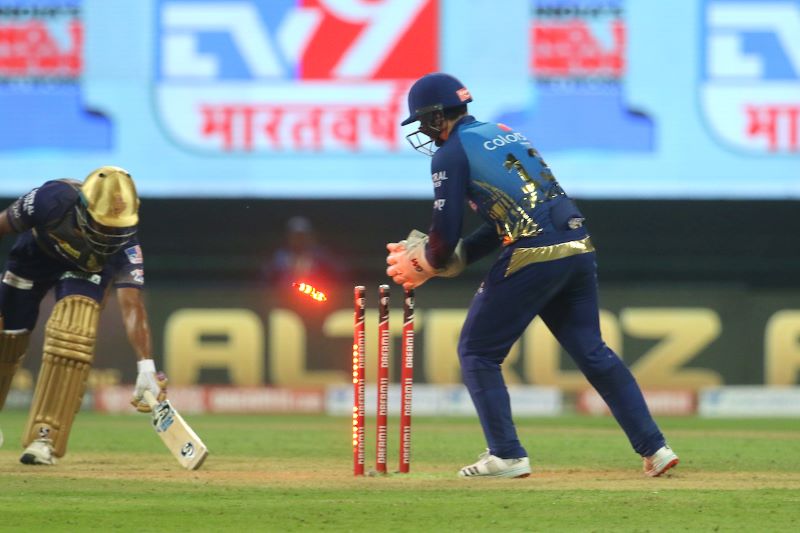 IPL 2020: KKR, Sunrisers Hyderabad to face each other today

Abu Dhabi/UNI: Kolkata Knight Riders (KKR) and Sunrisers Hyderabad (SRH) will face each other in the eighth match of the Dream11 Indian Premier League (IPL) 2020 at the Sheikh Zayed Stadium here on Saturday.

While SRH lost their first game of the season against Royal Challengers Bangalore (RCB), the Rohit Sharma-led Mumbai Indians (MI) defeated KKR, led by Dinesh Karthik in their season opener.

KKR played a horrendous opening match against the Mumbai Indians and seem to need a lot of work. The same can be said for the Sunrisers Hyderabad, who lost their opening match to RCB and made a lot of questionable decisions as well.

For SRH, they looked in contention to win their first game against RCB. But their middle-order did not enjoy a good outing and it was SRH’s undoing. While Jonny Bairstow Bairstow and Manish Pandey did their bit, there was not much from the other SRH batsmen.

KKR too will want their batsmen to come good following their defeat against Mumbai Indians. While Dinesh Karthik scored 30 and Pat Cummins scored a quickfire 33, KKR will need a lot more from their batting unit and will hope that their bowlers hunt in a pack.

In their last five games, it is SRH who holds an upper hand with three wins and KKR will be eager to make it 3-3 as the teams face off for the sixth time over the period of three years.

As both the teams seek to add two points to their account, here are the five players who could make a difference in the game to be played here.

Jonny Bairstow was in top form with the bat during SRH’s first game of the season against Royal Challengers Bangalore, and SRH will want him to come good once again as they look to seal their first win of the season.

While Narine, the batsman, could not score many runs against MI, Narine, the bowler, was the most economical bowler during the KKR-MI game, scalping a wicket, conceding just 22 runs. He could be someone that KKR might turn to when they bowl in the powerplay against the likes of Jonny Bairstow and David Warner.

Alongside, David Warner and Bairstow, Manish Pandey’s form will be pivotal for the smooth functioning of SRH’s batting order. A clean striker of the ball, Pandey, scored 34 in the SRH’s first game against RCB. However, he will be looking to contribute more with the bat against his former IPL team.

West Indian all-rounder Andre Russell did not have a good outing during KKR’s first game of the season. But Andre Russell will be eyeing to have a big game and contribute to the team’s win. With his big-hitting ability and knack of contributing with the ball and in the field, Russell will be a key player for KKR.

The Afghanistan leg-spinner Rashid Khan went wicketless in SRH’s first game of the season. But Rashid is a proven match-winner, with an immense ability to turn the tide of the match in the space of a few balls.

Shivam Mavi, the former India Under-19 World Cup-winner, was impressive with the ball in hand during KKR’s opening game of IPL 2020 against MI.

While KKR ended up on the losing side, the right-arm pacer picked up two wickets. Having bowled well against the likes of Rohit Sharma and Co., it will be interesting to see how Mavi fares against the likes of David Warner, Jonny Bairstow and Manish Pandey amongst others.