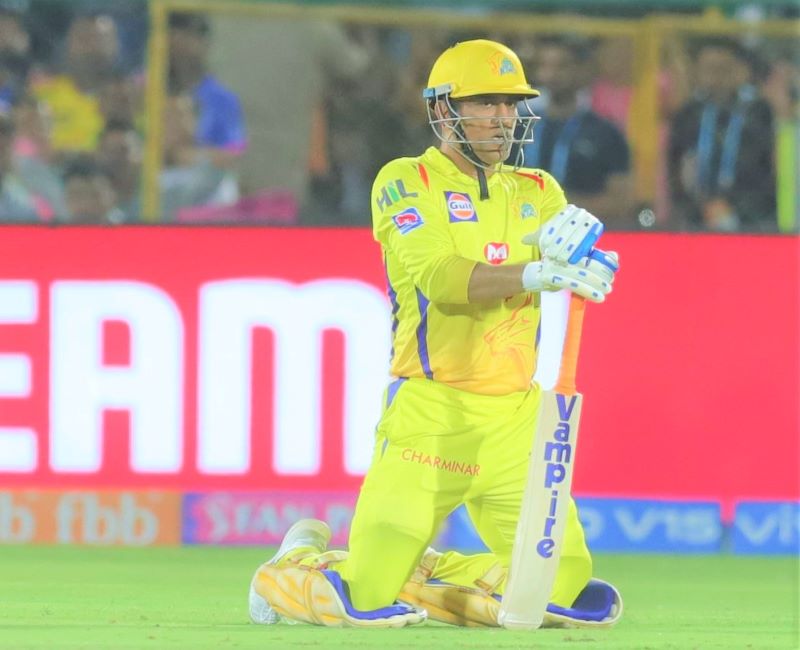 Dubai/IBNS: After the 2019 World Cup, former Indian skipper Mahendra Singh Dhoni has once again earned criticisms from experts of the sport for his "slow batting" in run chase and batting lower down the order in the ongoing 13th edition of Indian Premier League (IPL).

Two former cricketers, India's Gautam Gambhir and England's Kevin Pietersen, have sharply reacted to Dhoni's decision to bat at number seven and also for his reluctance in accelerating the innings when the asking rate was soaring.

Gambhir, who had played under Dhoni in the national team for years, told ESPNCricinfo's T20 Time Out as quoted by the media, "I was a bit surprised to be honest. MS Dhoni batting at No. 7? And sending (Ruturaj) Gaikwad, Sam Curran before him. Makes no sense to me. In fact you should be leading from the front."

"This is not what you call leading from the front. Batting at No. 7 when you’re chasing 217. The game was over. Faf was probably the lone warrior," he added.

"See, if someone else would have done this, some other captain had batted at No. 7, he would have got a lot of flak. It is MS Dhoni, probably that’s why people don’t talk about it," the southpaw said using strong words.

In the first two matches of the tournament, Dhoni came out to bat lower down the order, surprising all cricket experts.

While Dhoni's Chennai Super Kings (CSK) had managed to win the first match against Mumbai Indians, the yellow brigade were defeated by Rajasthan Royals by 16 runs in their second clash.

More surprisingly, the CSK skipper was found busy in picking up singles while the asking rate was jumping with every passing over.

Clarifying his decision to bat at number seven, Dhoni said he wanted to give opportunity to other players and also he was out of cricket for long.

Slamming Dhoni, Pietersen told Star Sports during a post-match analysis show, "Yeah, you got to get up. You have to at least give yourself the opportunity to win the game. That’s what Sunny is talking about."

"When you see how close they went, Du Plessis started to go, then MS Dhoni started hitting at the end and then they lost by only 16 runs.

"It’s not about experiments, saying ‘oh it’s early on in the tournament’. Let me tell you, T20 cricket can bite you very, very quickly. You can end up losing five games on the go very quickly and then you can end up thinking ‘oh my goodness, are we actually going to get into the finals?’. I am not buying into this nonsense.”

During India's match against England in the 2019 World Cup, Dhoni had stunned several cricket experts including Indian cricket board president Sourav Ganguly, who was then a commentator, by concentrating in singles while the asking rate was going off the roof.