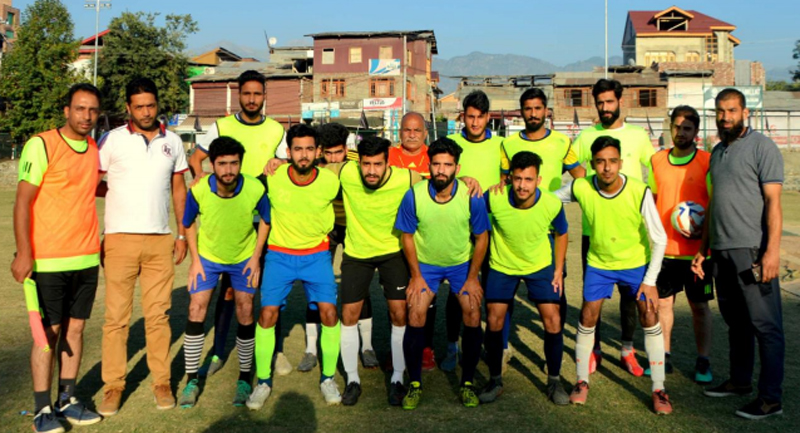 Srinagar:  The first match of the Lal Bazar premier tournament was played between Ottomans FC and Burry FC at Shaheed Millat ground, Lal bazar on Monday.

The match ended 2-0 in favour of Burry FC. Karun scored both the goals and was judged Man of the Match for his skillful display.

Hilal Ahmad, Co-manager and player of Lal bazaar football club highlighting the alarmingly increase of drug abuse in Kashmir Valley said that the aim of the tournament is to divert people’s attention towards positivity. Mushtaq Bazaz, senior citizen of Lal bazaar said after completion of this tournament we are looking ahead in organizing 7-a-side tournament.

"In this regard we would like to appeal Government and other authorities to take necessary actions in upgrading the structure of the Shaheed Millat Ground, khan bagh such as adding stands, terraces, dugouts and floodlights,” he said.