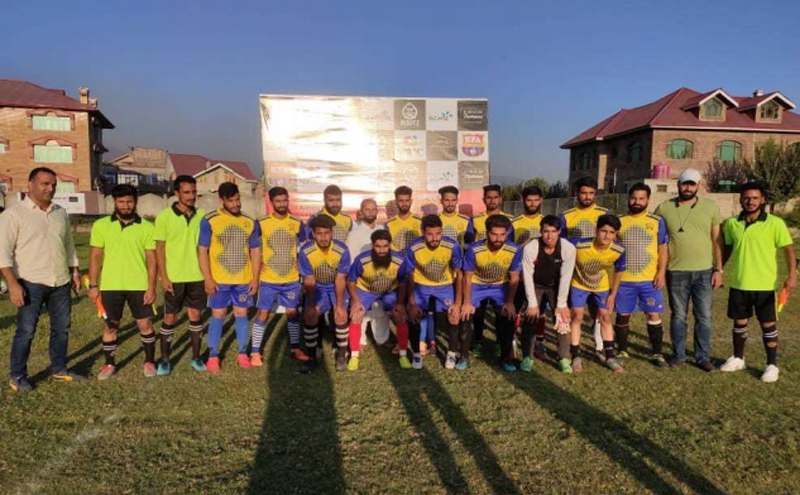 The match was won by Ganderbal FC 2-1.

The man of the match trophy was presented by former footballer Lateef Ahmad to Huzaif.

The sixth game will be played tomorrow between Tengpora FC vs Real Baghat FC.

The tournament is organised by Etihad Football Academy in association with the district football association Pulwama (Zone Pampore) sponsored by Spectrum Advertising Services.

The other partners of the tournament include WALLMAX Interiors, Rootz Saloon, Zaffron Foods, Bizwiz Creations and Karachi Fashions.