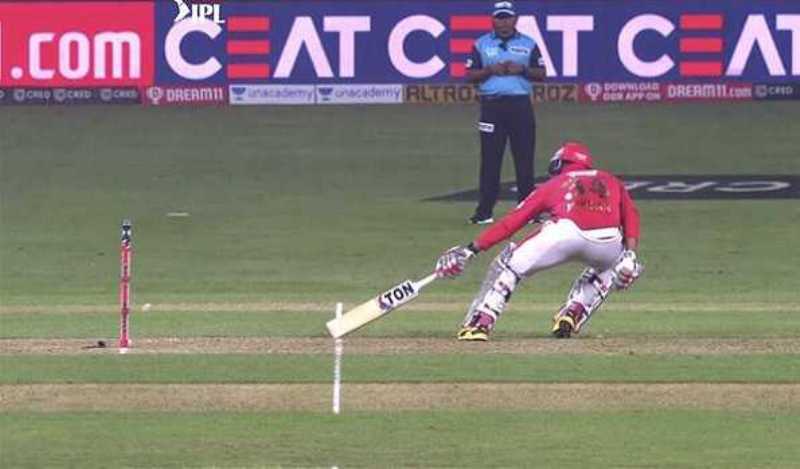 Dubai/UNI:  Kings XI Punjab (KXIP) have filed an appeal with the match referee against the controversial 'short run' called by umpire Nitin Menon during their IPL 2020 opener against Delhi Capitals.

According to Cricbuzz report, franchise CEO Satish Menon argued that the decision could "cost them a playoff spot" and that there's "no room for human errors like these in a world-class tournament like the IPL."

ICC match referee Javagal Srinath will address the error in judgment by on-field umpire Nitin Menon during the DC and KXIP clash on Sunday.

The incident took place in the third ball of the 19th over of KXIP's chase when Mayank Agarwal played a shot and took two runs. However, on-field umpire Menon felt that the first run wasn't completed by Chris Jordan at the wicketkeeper's end, and consequently ruled the first run short.

Both DC and KXIP scored 157 runs in the allotted 20 overs but Delhi Capitals won the match in the Super Over courtesy a brilliant effort by Kagiso Rabada.

Before the match went into Super Over, the replays showed that Jordan had properly grounded his bat. With the match ending in a tie and then a Super Over, when the batting side ended on the wrong side of the result, the umpiring error has led to many reactions.

Kings XI co-owner Preity Zinta also seemed furious with the decision and took to Twitter to share her insights on the incident.

In her tweet, Zinta called out to BCCI asking the board to implement new rules in the sport, so these errors are avoided in the near future.

'I travelled enthusiastically during a pandemic, did 6 days of Quarantine & 5covid tests with a smile but that one Short Run hit me hard. What’s the point of technology if it cannot be used? It’s time @BCCI introduces new rules. This cannot happen every year,' she wrote in a tweet.