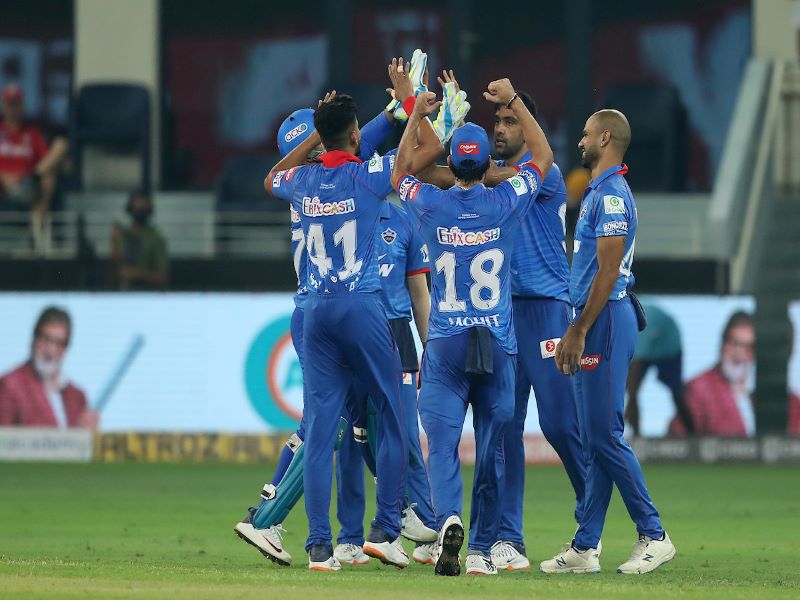 Dubai/UNI: Mayank Agarwal's brilliant knock (89 off 60) went in vain as Delhi Capitals beat Kings XI Punjab in the Super Over of the second match of the IPL 2020, here at the Dubai International Cricket Stadium on Sunday.

After being invited to bat first, Delhi Capitals scored 157-8 in 20 overs. In reply, KXIP also scored 157-8 in the 20 overs and the match was tied and went into Super Over.

In the Super over, KXIP could score only 2 runs and Delhi Capitals chased the target without losing any wicket.

Earlier batting first, Delhi Capitals put on 157/8 after Marcus Stoinis (53 off 21 balls) played a blinder of an innings to save them from a batting collapse.

Mohit Sharma got the first breakthrough for DC by cleaning up KXIP captain KL Rahul (21 off 19) in the 5th over of the second innings. In the next over, R Ashwin struck twice to dismiss Karun Nair (1) and Nicholas Pooran (0), leaving KXIP struggle at 35/3 at the end of powerplay.

Soon, Kagiso Rabada dismissed Glenn Maxwell for 1. Sarfaraz, who came to bat next also couldn't do much and got out for 12, leaving KXIP in deep trouble at 55/5 at the end of 10 overs.

Though, Mayank wasn't getting much support from the other end, but he continued playing some superb shot and scored his fifty with a six and kept KXIP in the hunt.

In the end, KXIP needed 42 off 18 with Chris Jordan and Agarwal at the crease. In the meantime DC captain Shreyas Iyer dropped Mayank Agarwal on 75 at mid-wicket.

KXIP needed 13 runs from 6 balls. Stoinis who was bowling the last over, dismissed Agarwal (89), and Chris Jordan (5) in last two balls and the match was tied.

For DC, Shikhar Dhawan and Prithvi Shaw opened the innings. Dhawan was run out for a duck in the second over.

Prithvi Shaw (5) and Shimron Hetmyer were both picked up in a sizzling opening spell by Mohammed Shami (3/15).

Rishabh Pant (31) and Shreyas Iyer (39) then put on a rescue act and added 73 for the 4th-wicket till the former was picked up as young leg spinner Ravi Bishnoi’s (1/22) first IPL wicket.

Shami came back into the attack to pick up Iyer's wicket to push DC into deep trouble.

However, Stoinis entered into blitz mode in the last 2 overs, as 44 runs were plundered in the last two overs.

Mohammed Shami's 3/15 and Cottrell 2/24 were the main wicket takers of Kings XI Punjab.

Marcus Stoinis got the Man of the Match award for his all-round performance.