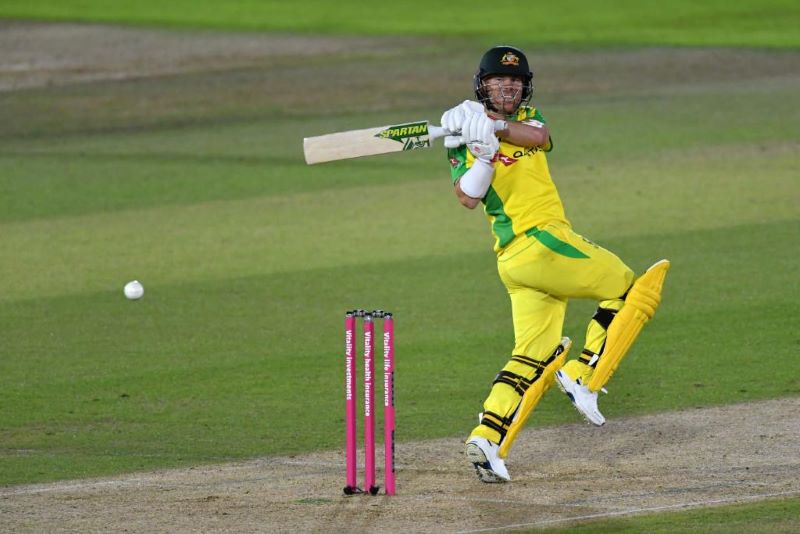 Was nice not being abused by English crowd for first time: David Warner on playing in front of empty stands

Southampton/UNI: Australian opener David Warner felt 'bizzare' playing in front of empty stands during the first T20I here, but said that he won't mind playing without fans in England, as it was the first time that he was not abused by the hostile English crowd.

Warner has been at the receiving end of repeated boos and jeering by the crowd in England, following his role in the infamous ball-tampering scandal in South Africa.

But, it wasn't the same on Friday during the first T20 match, which Australia lost by two runs, as there were no spectators at the Ageas Bowl.

''It was the first time I've been here (England) and not got abused. It was quite nice!,'' Warner said after the match.

Talking about the crowd presence in the T20I game between arch-rivals England and Australia, the opener said, ''From a crowd perspective, no. It was a bit bizarre.You get that up and going (from the crowd). That’s why we love playing home and away. There’s home advantage and away advantage.''

''But, we're always up for international cricket. We’re just grateful to be back playing and want to make the most of it,'' he added.

Warner said there were no excuses to offer for the defeat and his side were outplayed by England.

The southpaw also said that there were no excuses to offer for the defeat against England.

''Towards the end, they (England) bowled exceptionally well, they knocked us over quite comprehensively,'' said Warner.

Chasing 163 for a win in the first T20I, Australia could only score 160 for 6 in their 20 overs and Warner rued the fact that Australia lost narrowly, from a position of winning.

''I think we just have to try to be a little bit smarter and work out how we’re going to hit our boundaries,'' he said.

''We have to try to keep rotating strike and keep finding the boundary in those middle overs,'' added the Australian opener.