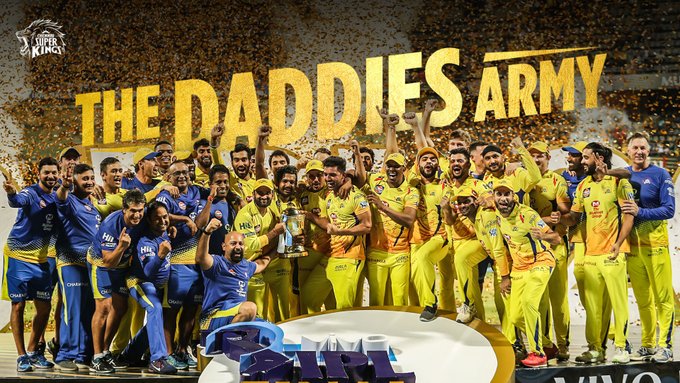 Chennai:  At least ten members of the Chennai Super Kings contingent, including an Indian player, who are currently in Chennai have tested positive for Coronavirus, media reports said.

The positive results came out after the Super Kings squad and support staff were tested on Thursday, ESPNCricinfo reported.

As per the IPL's Covid-19 protocols, all teams had to undergo a test at the airport upon landing in the UAE followed by three tests on days 1, 3 and 5 during the mandatory six-day quarantine at the team hotel. The positive results of the Super Kings contingent were from the third test that were conducted on day 5, reported the news portal.

The team's quarantine period in the team hotel has been extended.

The team will now start its training later.

Dubai, Abu Dhabi and Sharjah will host 60 games over a period of 53 days.

Due to Lok Sabha polls in India in 2014, the UAE had hosted the Indian Premier League partially.

The Indian cricket board Board of Control for Cricket in India had postponed the IPL earlier this year amid COVID-19 pandemic.