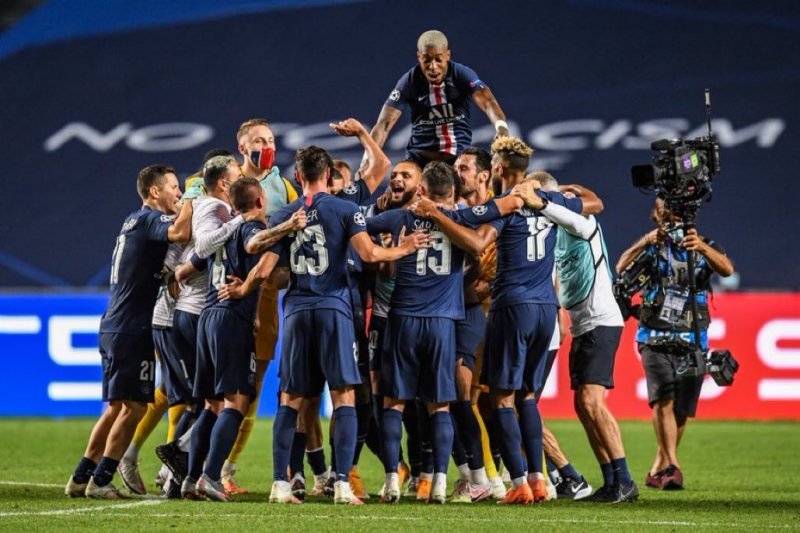 The surprise was the presence of striker Kylian Mbappe from the beginning of the match, after the Frenchman's return from injury, but the evening belonged to Argentinian midfielder Angel Di Maria, who returned after suspension to score one goal and assist the other two on Tuesday.

PSG looked to dominate the game from the outset, with an early effort from Brazilian striker Neymar cannoning off the post.

PSG made it 2-0 in the 42nd minute after Leipzig were caught in possession in their own half, allowing Neymar to delightfully flick the ball onto an unmarked Di Maria to slot home in the area.

At the break, Leipzig coach Julian Nagelsmann made two changes, and his side started the second half the brighter of the two sides.

But the Germans' joy was short-lived, as in the 56th minute Di Maria again took advantage of some slack Leipzig defending to cross for Juan Bernat to head home PSG's third goal.

Paris Saint-Germain will now face either fellow French side Lyon or German powerhouses Bayern Munich in next Sunday's final.