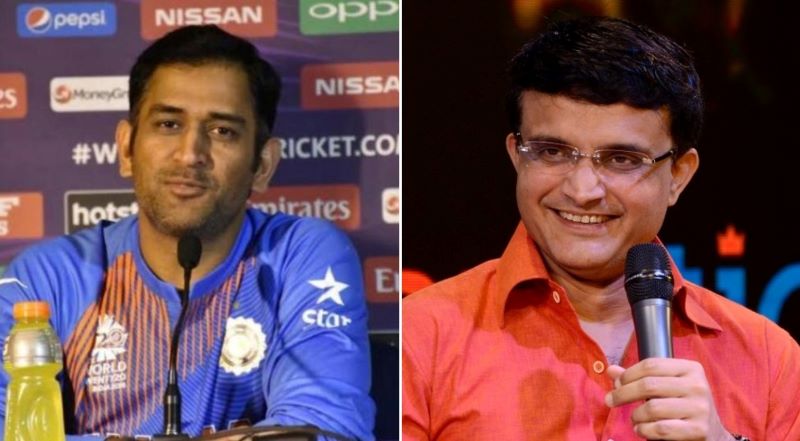 Chabuk batsman: This is how Sourav Ganguly described MS Dhoni in 2004

Kolkata/Mumbai/IBNS: Indian cricket board president Sourav Ganguly's role in building "Team India" is not an unknown issue anymore to one who is aware of the sport.

Ganguly, who had supported several junior players as a captain in the beginning of the 21st century, was in search of a regular wicketkeeper-batsman after Parthiv Patel, Dinesh Karthik failed to make a mark at the international level of cricket.

And then came Mahendra Singh Dhoni and the rest remained a history.

Ganguly, who had promoted Dhoni up in the batting order against Pakistan in 2005, had described the Ranchi hero as a "chabuk batsman" in 2004, revealed former Kolkata Knight Riders (KKR) team director Joy Bhattacharya.

In an interaction with host Gaurav Kapoor in 22 yarns podcast of Oaktree Sports, Bhattacharya said, "I remember being on a flight to Bangladesh in 2004 and Sourav was just telling me ‘we have this chabuk new batsman’. ‘Chabuk’ means whipped.

"He said ‘chabuk new batsman’ who has come out. You have to see him, MS Dhoni is going to be a star."

Grabbing the opportunity to bat at number three, Dhoni slammed a 148-run knock against Pakistan in Vizag, cementing his position in the Indian team.

Though he turned himself into one of India's best finishers later in his career, Dhoni was initially popular for his aggressive batting.