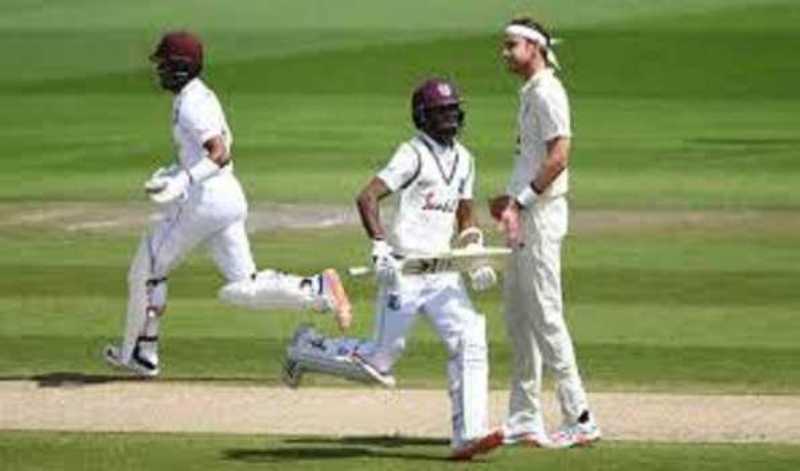 Manchester/UNI: West Indies reached 118/2 at Lunch, trailing England by 351 runs in the second Test of the three match series on Sunday.

In the morning session, West Indies scored 86 runs for the loss of the wicket of Alzarri Joseph. Shai Hope (25*) and Kraigg Brathwaite (41*) were at the crease when the lunch was declared on Day 4.

The visitors started off on a positive note with nightwatchman Alzarri Joseph scoring most of the runs. Once he got out after playing a handy 32-run knock, Kraig Brathwaite and Shai Hope kept the scoreboard moving.

The pair of Brathwaite and Hope has added 48 off 112 balls and West Indies are moving cautiously towards avoiding the follow-on.

West Indies need another 152-run to avoid follow-on. England had declared their first innings on 469/9.

A draw for West Indies in this match will assure that the Wisden Trophy remains with them at the end of this series.