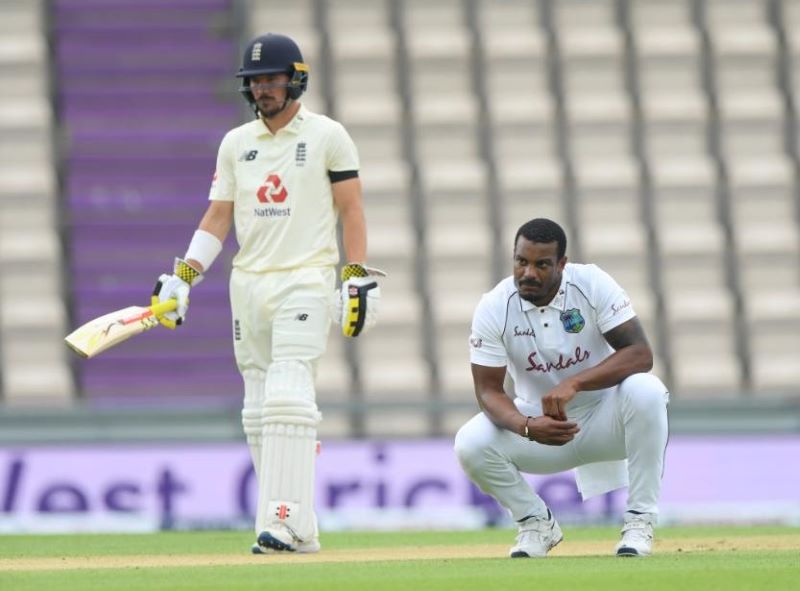 Southampton Test: England 35/1 against West Indies at stumps on day 1

Southampton/UNI: England were 35/1 at stumps on the first day of the inaugural Test of the historic three-match series against West Indies as international cricket finally returned on Wednesday after an interruption owing to Covid-19 pandemic.

Cricket at last returned after the enforced break due to the Covid-19 pandemic but lasted only 17.4 overs as rain played spoilsport, allowing only 82 minutes of action at Ageas Bowl.

Bad light and a wet outfield interfered with play throughout the day.

Rory Burns (20 runs off 55 balls) and Joe Denly (14 runs off 48 balls) were at the crease when play was finally stopped for the final time.

The hosts lost their opener early as Dominic Sibley, was dismissed for a duck by Shannon Gabriel.

The forecast is a lot better over the next four days.

The match was played under the 'bio-secure environment' under ICC's new guidelines in the wake of the pandemic.