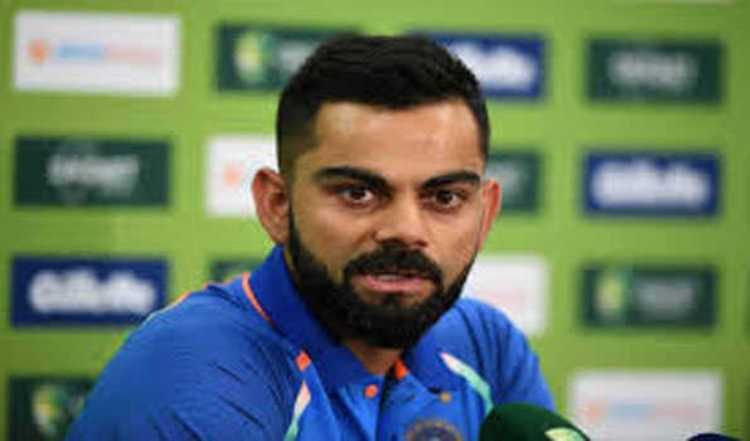 New Delhi/UNI:  India captain Virat Kohli on Tuesday took a walk down the memory lane to recall the 2014 Test against Australia in Adelaide and said that it will always remain as an important milestone for the team.

Virat Kohli led India in Tests for the first time in the absence of an injured MS Dhoni in the first of a 4-match Test series in Adelaide in 2014. The Test match has often been touted as perhaps the greatest game of the Border-Gavaskar series.

Both sides were engaged in a hard-fought battle between bat and ball which went till the final day but ultimately India lost the first Test by 48 runs.

Remembering the epic contest, Kohli took to Twitter and wrote, 'Throwback to this very special and important test in our journey as the test team that we are today. Adelaide 2014 was a game filled with emotion on both sides and an amazing one for people to watch too.'

"Although we didn't cross the line being so close, it taught us that anything is possible if we put our mind to it because we committed to doing something which seemed very difficult to begin with but almost pulled it off. All of us committed to it. This will always remain a very important milestone in our journey as a test side," said another tweet.

Australia, led by Michael Clarke, amassed 517 in the first innings, courtesy of centuries from David Warner (145), Steve Smith (162 not out) and Michael Clarke (128).

In reply, India (444) fought back with skipper Kohli leading from the front with a gritty 115 and significant contributions from Cheteshwar Pujara (73), Ajinkya Rahane (62) and Murali Vijay (53).

Australia posted 290 in the 2nd innings after a quickfire hundred from Warner and set India a target of 364 runs.

Australia, in their second innings, notches up 290/5 dec and set India a target of 363.

While the target looked improbable, India fought valiantly during the chase as Virat Kohli and Murali Vijay shone with the bat to take India within touching distance. Vijay got out for 99, while Kohli's wicket for 141 in the final session ended India's hopes of a miraculous win.

Australia claimed the last eight Indian wickets for 73 as the spin of Nathan Lyon (7/152) spun a web around the Indian batsmen.